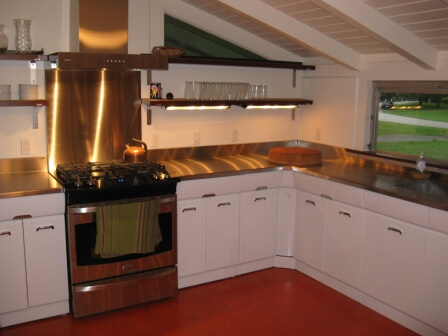 My wife and I bought a house with a kitchen that was partially furnished with Crosley metal cabinets.  I found someone thru the RetroRenovation forum [now discontinued] that had some additional Crosley cabinets of the same style that he had removed from his kitchen in Ohio and we drove up from Dallas to buy them.  We brought them back down to Dallas and figured a layout to the kitchen that would use most of the cabinets.  Both the Ohio cabinets and the ones originally in the house had a number of layers of paint on them and needed to be stripped and re-painted. 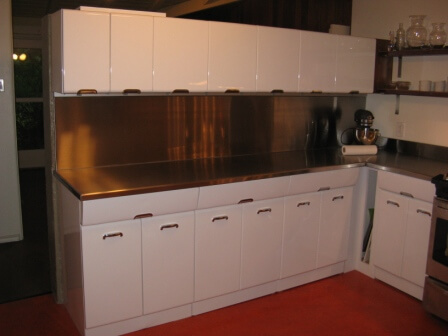 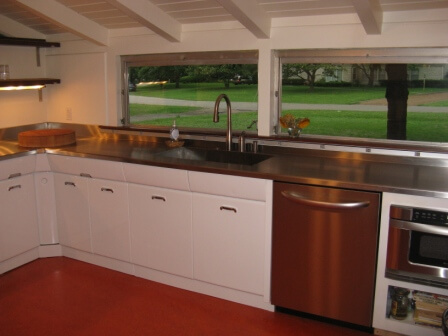