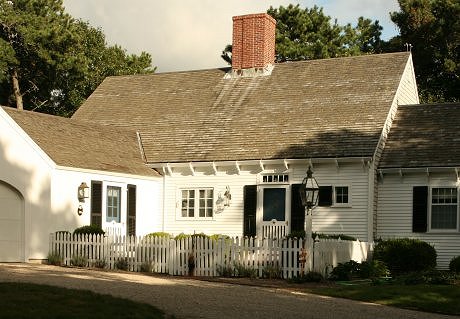 Choosing colors can be an exhausting or exhilarating activity for a homeowner.  Few other decisions offer such a bewildering array of choices and have such a significant visual impact. Even for traditional homes, where you can use history as a guide, getting things to look right requires some experimentation—and several trips back to the paint store. No designer or architect can claim the final word on what the best choices may be, but we can share some of our experience on the subject. 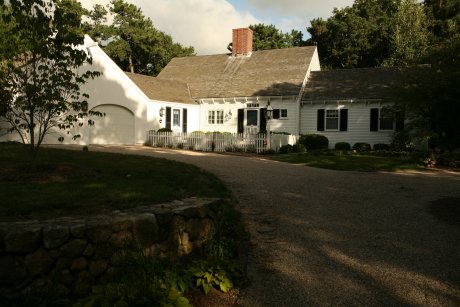 Historians have revealed that many early American houses were not as somber or muted in color as originally thought.  However, in our practice we lean towards conservative choices, with white for the body and trim combined with dark green shutters  for many Cape or Colonial style home. Another classic combination is pale yellow for the body contrasted with white trim and black shutters. A gray body with white trim, black window sashes and black shutters is another choice.  For something a bit different, try a tan body with cocoa shutters with white window sashes and trim.

Blue  is too strong in our opinion but a blue-gray with white trim and black shutters can work well for a fairly large Georgian style house. Some Victorian style houses have often benefitted from aggressive colors like orange, red and green-blue. Brick houses, despite having a permanent color base, can be whitewashed to good effect. (whitewash is a home-made slurry composed of salt, lime and water that is applied with a stiff brush)  White or pale yellow for windows and trim often looks good when paired with brick or masonry facades.

We don’t endorse any particular paint company—in fact any paint store should be able match or modify a color if they are given an appropriately sized sample. The following list of exterior colors that we have used on some projects may be of some help if you are trying to narrow down your choices. 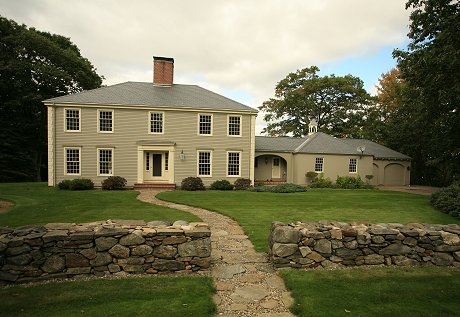 Interiors are tougher, and again, we lean to the conservative side.  Our best guideline is to not let a wall color overwhelm a room– let the patterns in window treatments and furniture fabric stand on their own.  Off white is always a winner walls and wood mouldings—Benjamin Moore’s Atrium White is a particularly good choice. We advise that mouldings and casings be painted a semi-gloss so that there can be a bit of contrast with the flat or eggshell used on the walls.

Light yellow or pale green can help create a restful atmosphere in a space. Yellow paints often take a few tries to get right in a room because it can be too bright when first applied. Woodwork can also be painted with stronger colors if you want a bolder impact—red hues can work well in some rooms. We like the Historical collections of Benjamin Moore, California Paints and Turco.

When it comes to “mid-century modern” house interiors (such as are featured on RetroRenovation.com) a lot of our advice still holds. The distinctive colors of some the fixtures, appliances and countertop material tends to look better if they aren’t competing with a strong-hued wall surface. A glance at some of the home magazines from that era turns up quite a few pale-blue rooms. Making a color choice based on photographs from that era can be misleading, however. The printing techniques were less sophisticated than what we are accustomed to and color advertisements tended to emphasize luridly colored scenes because they would grab people’s attention. 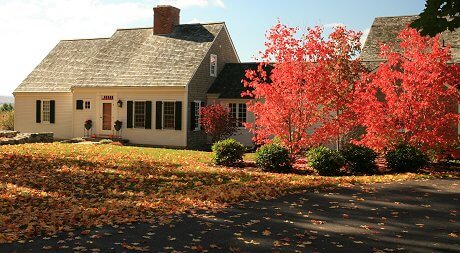