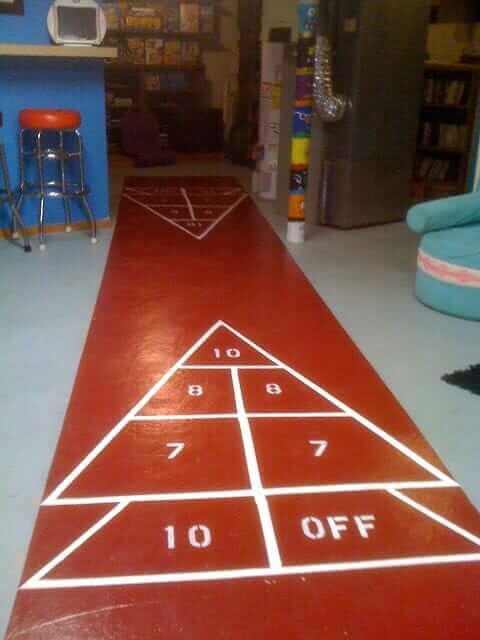 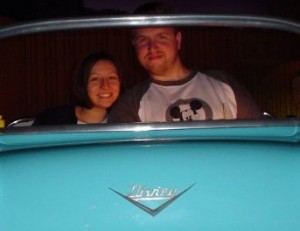 After Dave and Sarah installed their basement shuffleboard using Armstrong’s kit, I heard from Guy — whose time-capsule home has been featured on the blog — that he recently painted a shuffleboard on his concrete basement floor. I am so inspired! Read on to learn how he did it, step-by-step:

Instructions? With photos all signed sealed and delivered? You are on the blog, again, Guy! Here are his step by steps:

I went ahead and painted my basement shuffleboard court this weekend:

For anyone else who wants to try and make one this way, here is how I did it: 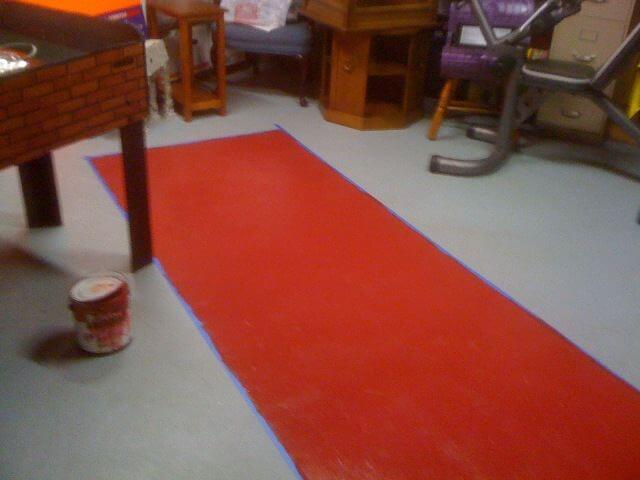 Step 1: I marked out a large rectangle on the floor with painters tape. I painted it with some regular paint I had leftover: 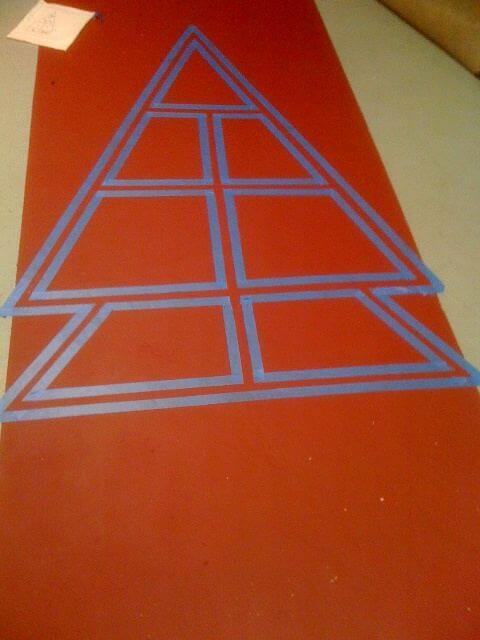 Step 2: I marked out the scoring areas with tape. I used an image of a court as a guide. This was much easier than I thought it would be. I am sure the dimensions are not perfect, but this is for fun with friends – not the Olympics.

Because my basement is narrow on the one side (due to an office and the water heater & airconditioner unit) I only planned on putting a starting line on that side to shoot the shuffleboard pucks to the scoring area (on the more open area.)

However the first scoring zone was so easy to mark I thought I would make one on each side (even though we still only shoot from that side.)
I thought for decorative reasons it looked better to have both scoring triangles. 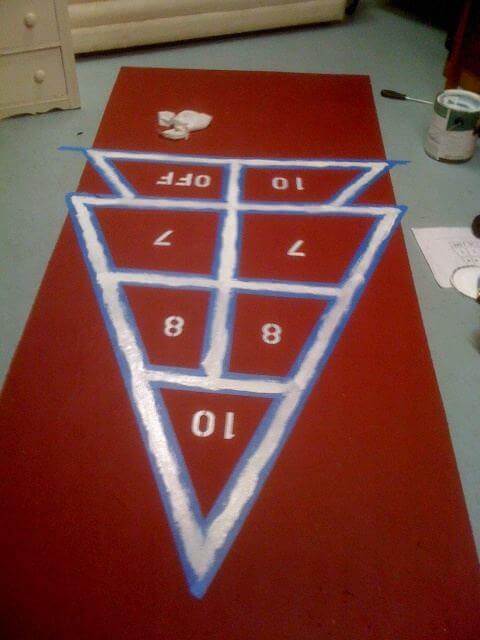 Step 3: I got some other leftover white paint and painted the triangles. The number and letter stencils were available at Home Depot. 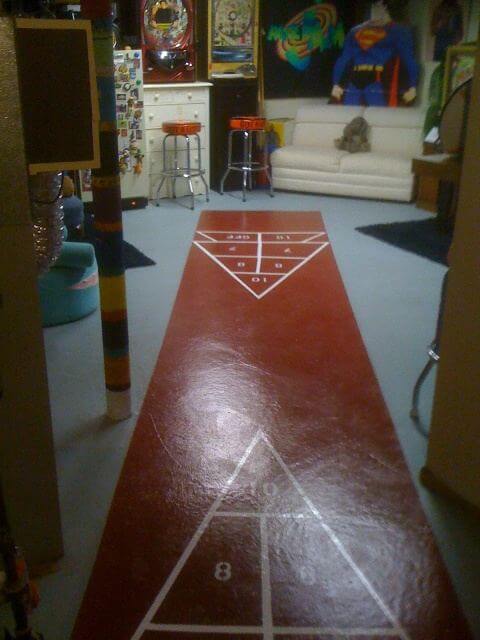 Step 4: THIS IS THE MOST IMPORTANT STEP. I bought some concrete sealer at Home Depot and “painted the court with it.” Its a milky substance that dries clear. I got the “wet look” high gloss version. Without this stuff the paint would easily scratch off when you play shuffleboard.

I put down 3 coats of sealer and if I start to see any wear in it in the future I will re-apply.

I am SO INTO this idea. Our basement (which is basically the laundry room and storage place of doom) has a concrete floor. I am SO GOING TO DO THIS. I even have a vintage shuffleboard set with pusher-thingies and biscuits (yes, that’s what the puck is called) already. Picked it up at an estate sale gosh knows where. I am telling you, my treasure chest is full full full. Thank you, Guy! So, I also asked Guy how he got the measurements, and he says:

Wikipedia listed the standard size at 39′ x6′ and then they had all of the other measurements and a pretty good diagram. So what I did was figure out how much room I had and then I started trying to mathematically decide how long things should be based on the space I had.

I experimented with a chalk outline and it worked out nicely.

The whole thing was surprisingly simple. I really expected it to look crooked and silly and I was amazed at how “professional” it looked.

BTW, I really enjoy your blog. It is the very first site I check in the morning. You may remember that I found your blog when researching what to do with my 1964 home. I bought the house because it looked ‘dated’ (I like the time capsule feeling) and then I was really feeling pressure to “update” it from everyone I knew.

Now I show everyone that enters the post you wrote and then they all seem to “get” what I like about the house. I plan to frame that post and hang it in the hallway. I will send you a picture when I do.

You are the sweetest, Guy, and be sure to tell Rosanna I said that!