I am a big fan of braided rugs — these things are tremendously versatile, no matter what your decor. I have two Capel braided rugs that have now seen me through three houses: A 1912 Colonial-Revival with an Arts & Crafts flair… a circa 1985 McMansion (some day I’ll tell that story)… and my current home, a 1951 coolonial. Thanks to Gavin, who has now spotlighted a central Massachusetts company, Thorndike Mills, which makes two varieties of braided rugs and looks impressive indeed.

Update: Alas! Thorndike Mills closed down at the end of 2019. Online news outlets repored that the closure came about because the company’s fabric supplier was relocating its operations overseas. I will keep this story up, for historical purposes.

Even better: Here is a video chronicling their legacy: 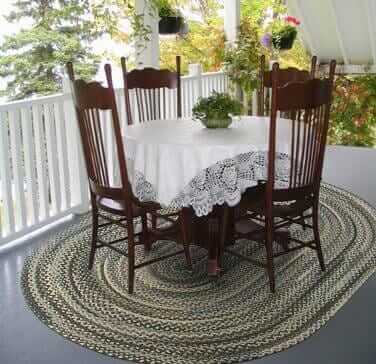 In a video that was on the Thorndike site, the brothers who then ran the business say that in the 1960s, when they started, there were 35 manufacturers of braided rugs in the U.S. Now, they say, there are just four. If you want to buy American, here’s a chance. 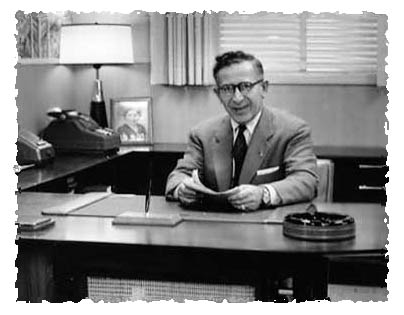 Like many longstanding companies I feature on the blog, Thorndike Mills’ business really took off after WWII. Gary Garabedian started the company in 1933, making rag rugs on handlooms. From their website:

As World War II, came to an end, and the economy focused on Peace Time Consumer Goods, not only were Regional Department Stores becoming steady customers, but a well known National Chain, JCPenney commanded 60% of his production capabilities within two years time. 1957 was the year that the most dramatic change was to take place in the life of both Gary and Mary.  They took an enormous gamble, and with all their savings, built a new manufacturing facility. It was not to be an easy task but together again, they made the commitment, and the new facility was completed and occupied in 1959.

There are two basic styles of braided rugs: Those that braid yarns (just as you’d braid a Raggedy Ann’s hair) around filler to plump the braids up… and, those that braid pieces of wool cloth — the idea here, from true colonial days, was to recycle/reuse old wool clothing and turn it into rugs.  I think I prefer the second kind — the wool cloth made into braids — but honestly, I’d have to go upstairs to look at my Capels to see which I have.