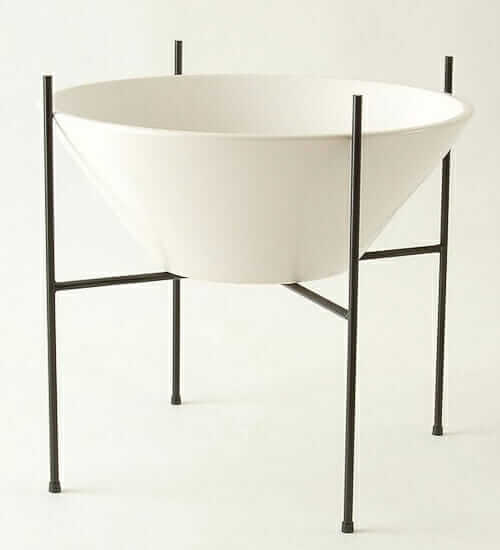 Could these be more lovely? Researching the life and work of ceramicist LaGardo Tackett recently, I learned that 18 of his planter designs — and one amazing garden sculpture — are still in production and available today. In 1998 Vessel USA resurrected the iconic ceramics originally made famous by Max and Rita Lawrence’s Architectural Pottery company beginning in 1950. These LaGardo Tackett planters — which comprise the largest portion of Vessel USA’s line today — accessorized the famous Case Study houses, and were featured in a Museum of Modern Art exhibit as early as 1951. The planters are as classic as classic gets— and, yes, still Made in America. 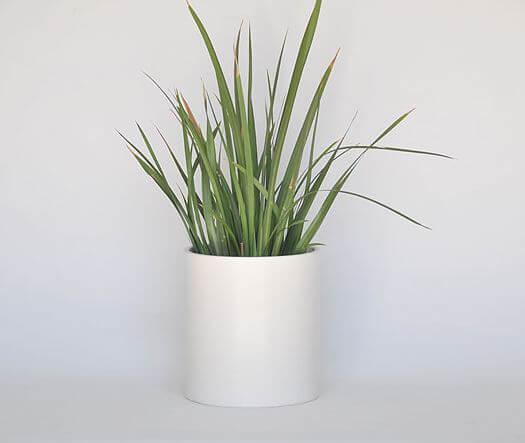 It is impossible to understate the importance of LaGardo Tackett and of Architectural Pottery to midcentury modern interior design history. The spark to create Architectural Pottery was actually lit when Max and Rita Lawrence saw LaGardo’s work in 1949: They knew that all the fab mid mod houses being built throughout California needed these planters. There was nothing like them, apparently, and we all know that California was about indoor/outdoor living. Max Lawrence was originally a meat packer, who earned his wealth packaging meat rations for World War II and the Korean war. But he and Rita were finely tuned to the arts and design, and their new company, Architectural Pottery, was an immediate success. From the 2010 obituary of Max Lawrence in the Los Angeles Times, which is a lovely tribute and fascinating read:

Architects began ordering the Lawrences’ wares almost as soon as the first catalog was published in 1950. It wasn’t long before a piece by Architectural Pottery was considered as necessary in the modernist home as an Eames chair.

…”Whenever we see a white cylinder planted with a tree or flowers inside or outside an office building or a bank, and now quite often at gasoline stations, all of that is the heritage of Architectural Pottery,” Bill Stern, executive director of the Los Angeles-based Museum of California Design, said….

You know I am not a died-in-the-wool “high falutin'” modernist. I do not believe that “Ornament is a Crime.” But, these garden sculptures by Tackett — again, still in production today — do have my heart all pitter pat. Yes, these pieces are “expensive”but they are the real deal. 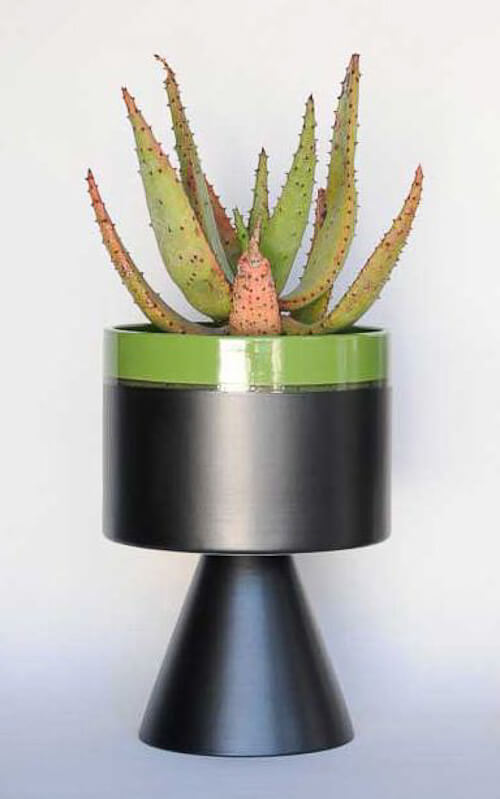 I want to marry this planter. What a wonderful story Vessels USA has to tell. From the company’s About page:

Vessel USA Inc. was founded in 1998 to revive stunningly simple planters and other ceramic designs that brought acclaim to the Architectural Pottery Collection, a Los Angeles company founded in 1950 by Max and Rita Lawrence. Prominent mid-century LA architects such as Richard Neutura and Pierre Koenig favored the pottery line for spare, geometrically ordered residential gardens and commercial buildings….
.
Knowing the inherent value of these historical award winning designs, owner Michael Stephenson painstakingly rescued the original company after years of research and development. “Geometric and organic shapes may look quite simple to produce although there is quite a lot of engineering behind the scenes to produce symmetrical forms. Molds can weigh hundreds of pounds and a single ceramic piece can take over a week to produce from start to finish. Proprietary techniques are used to execute the product”.

Hey, that’s my RetroRenovation.com font in their video!
> 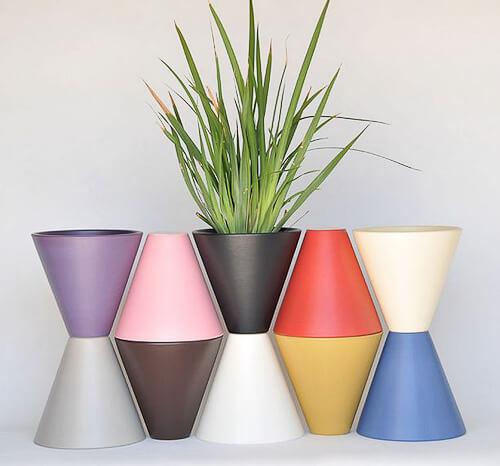 If you can bear to break out of Unhappy Hipster mode, there are even colors. 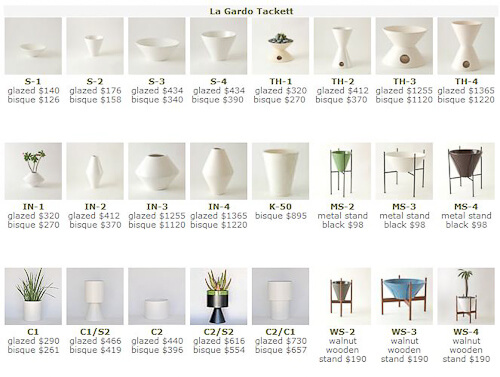 Click the photo above to see Vessel USA’s complete line. It seems you can order direct from the company, or google “Architectural Pottery” to find it at a number of other online retailers.