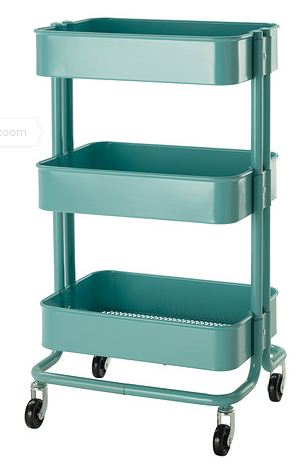 When this story was first written in 2012, it featured a number of products at Ikea — mostly shelving and storage — that were made of powder-coated steel. Over the years most of those products were discontinued — although the trusty Raskog storage cart (new in 2012) became an instant classic and is still available in 2012. In addition, Ikea is always introducing new products — check them out, perhaps they have other painted or powder-coated steel products in their lineup right now! 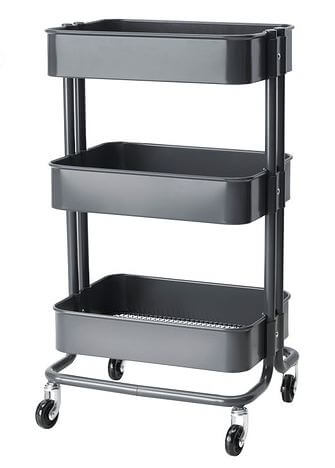 Above: The Raskog kitchen cart in blue from Ikea. This is super cute. Also, how about considering it for the bathroom for toiletries and other small storage…  for the mudroom for gloves… or for the office studio for art supplies.

See the latest versions of the Raskog cart at Ikea.