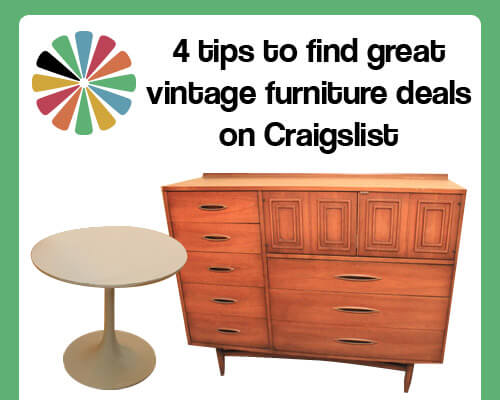 Have you ever wondered how some people seem to have all the luck finding awesome vintage furniture and accessories on Craigslist? I’ve had so many people tell me that I am extremely lucky to have found an item on Craigslist for a decent price so easily! Well, it isn’t always easy, and with the rise in popularity of shows set in the 1950s and 1960s like Mad Men, it isn’t getting any easier or less expensive. That’s why I am sharing my four tried-and-true tips to help you find the vintage furniture of your dreams on Craigslist.

1. Intentionally use typos and misspellings in your search.

I’m sure most of you type any number of the following search terms when you are hunting for the good stuff on Craigslist: Mid Century, Retro, Eames, 1950s, 1960s, Broyhill Brasilia, etc. but have you tried searching for variations in spelling? Craigslist doesn’t have spell check and let’s face it, many people either can’t spell, or are in such a hurry to get their posting up, that they make minor mistakes. This can work in your favor! Looking for a Broyhill Brasilia piece? Try searching for various ways that is could be misspelled like broy hill, broyhil, or broyhille. I found my $50 Broyhill Sculptra dresser by searching for “broy hill.” Also, be sure to try variations of common terms: for example, not just “mid century” but also “midcentury” and “mid-century.” 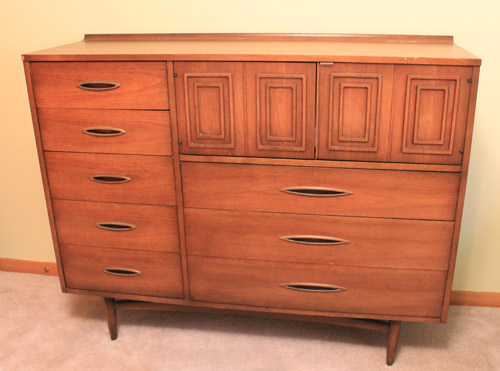 This has worked wonders for me as well! I scored my Burke tulip style end table for $25 from an elderly couple who were downsizing. They listed their table as “small, white round table.” Funny thing was, they knew exactly what they had, but they didn’t want to sell it to someone who would just turn it around and make more money on it. They wanted to affordably sell it to someone who would use it in their own house, enjoy it and appreciate it as much as they had (and I do!). 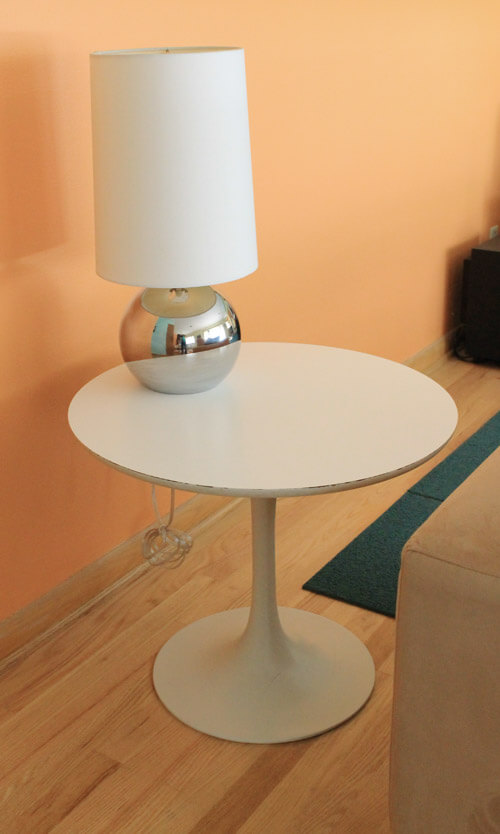 Another method that I use to score the awesome stuff on Craigslist is to seach early and often. I’ve had most of my success finding the good stuff between the hours of 7 and 9 a.m. Many sellers honor the first-come, first-served mentality. If you are the first one to contact them and set up an appointment, you’ll be the one to score their furniture. Just make sure you get there as soon as possible, so they don’t change their mind and sell to someone who contacted them second, but can get there first. (If you are on the hunt for something, always be ready to get there fast with cash!) If I am on the hunt for something specific, say my Broyhill Brasilia bedroom set, I will search Craigslist every day at least three times a day. By keeping up on the posts as they come in, it will only take a minute or two to check and see what’s new. 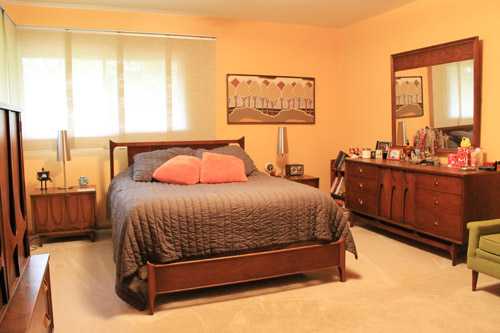 When I found my Broyhill Brasilia bedroom set, it was listed for $600 for the headboard/footboard, long dresser with mirror, one nightstand, highboy dresser and the mattress. I asked the seller if she would break up the set, and she said yes. After I heard what she wanted for each individual part of the set, I realized that she valued the mattress higher than the furniture (as it was nearly new and high quality). I ended up getting the set of furniture for $275!

With these helpful tips, some persistence and a little bit of luck, you too can find treasures on Craigslist.

Do you have other tried-and-true tips for finding great stuff on Craigslist? The Retro Decorating Gods are sure to reward you for sharing your secrets with the rest of the tribe!