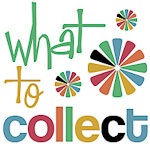 The Palmer Paint Co. is still in business, and in 2011, they introduced two, 60th anniversary prints, which are still available for sale today. Update: In 2021 I could no longer find Palmer Paint Co. online.

Update: When I originally wrote this story, Dan Robbins has his own website, book and video. Now I can’t find them; the url I previously had now goes to paintbynumbersonline.com, and I can’t see any association with Robbins on it. Dan Robbins also used to sell giclee prints of important PBNs — including the first Paint By Number design he ever created, Abstract #1. Very cool. 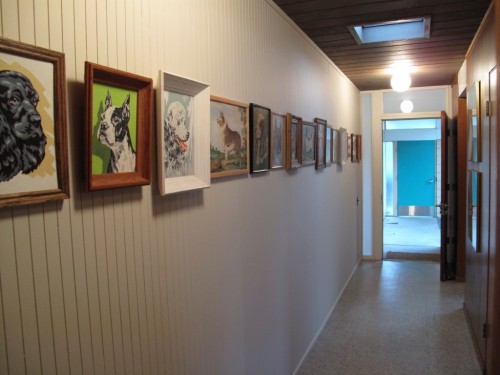 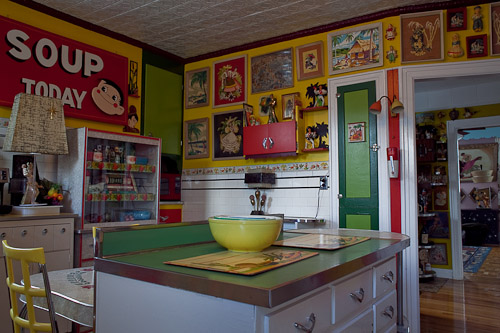 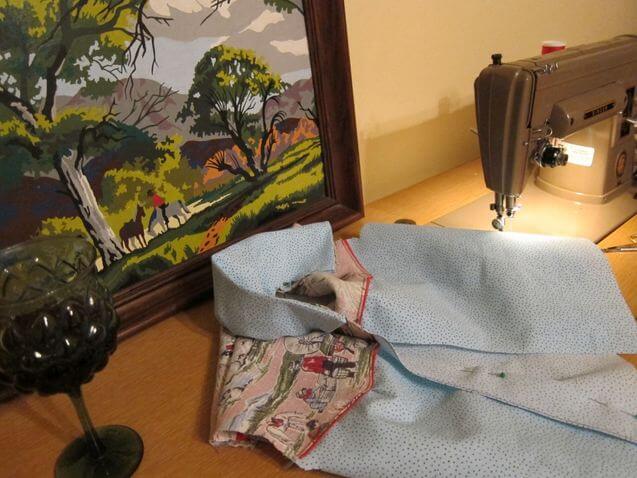 Finally, how is this for “some therapy”: Apartment Therapy profiled two people  who created paint by number wall murals onto their walls — entire walls. The stories are now gone, but Wow. Atomic Ranch also had a story in a recent issue about someone doing this. Seems like the basic how-to is: (1) Find a PBN you like, (2) Scan it in very high resolution, (3) Print onto a transparency, (4) Project the transparency onto the wall, (5) Outline the colors and as you go, write in the color numbers, (6) Figure out which colors go where, (7) Drop out of civil society as we collectively know it and paint until your eyes bug out of your head, (8) ta da, celebrate your epic achievement, but don’t look too closely at your errors. Not Perfect is the New Perfect.