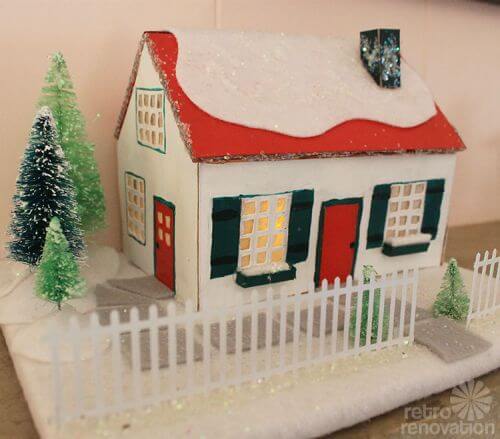 With so many readers ohhh-ing and ahhh-ing over the 740 s.f. “Tom Thumb” Cape Cod American dream house that we recently featured, it made sense to offer a similarly styled Putz pattern. Since all five of my other Putz patterns are modeled after homes from the 1950s-1970s, throwing in some 1940s action also is a fun way to mix up the “neighborhood.” Put a sharp blade on your X-acto knife, because you’ll need it to cut out all the tiny window panes on this adorable cottage. 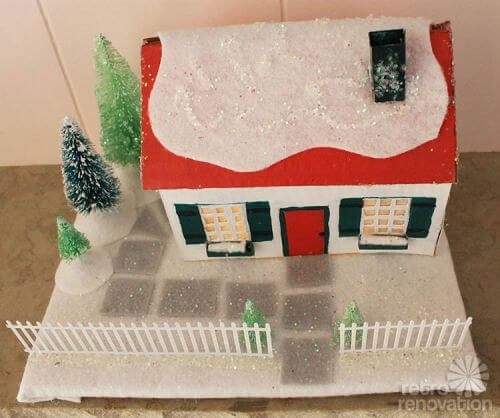 The white picket fence really makes the front yard. Thankfully, I found it ready-made at Michael’s, though I suspect if you had a steady hand and a lot of time, you could fashion one yourself out of cardstock or paper from a cereal box.

See all those window panes? They are cut out one by one. With 12 panes per window, six windows and one, four-pane door, that’s 76 small squares to cut. It takes time and dedication, but the windows are what really make this house design. If you don’t feel that skilled (or patient) with the X-acto knife, cutting out the front two windows and painting the panes in the rest of the home would look fine, too. 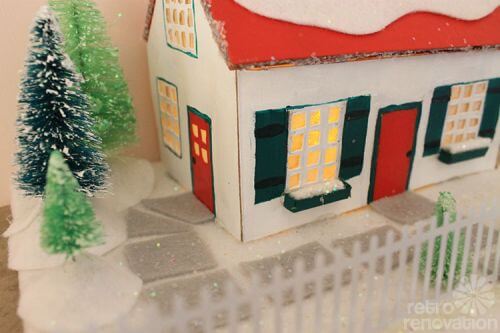 Another meticulous detail on this design — two tiny window boxes filled with snow. It is easiest to put these on the house while it is still flat, before assembly. Again, if this detail proves to be too difficult, the window boxes can  be painted on the house instead, although I think this three-dimension detail is really worth the extra effort. 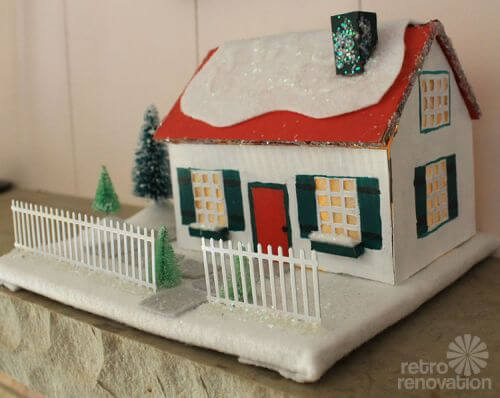