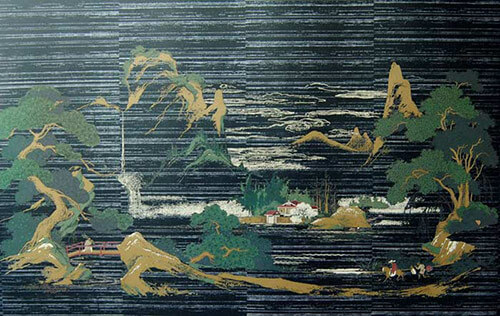 Yowza: Thibaut wall murals on sale for just $50 at Steve’s Blinds and Wallpaper. There are 11 different designs — most in several different color ways — many of them go back decades (these murals were super common from the 1950s through the 1970s, we’d say) — and they are on sale for more than 94% off.

UPDATE: Supply long gone, but I’ll leave this 2014 up for historical reference.Yes, these are supposedly $850 retail murals. Limited quantities remain — could it be they are being discontinued by Thibault, and they’re clearing out their vaults?  Yikes: If you’ve been longing for some vintage style wallpaper mural action for that long lonely wall in your bedroom, dining room, living room, basement or den, now seems like the perfect time — the last time? — to score one — and for a steal. Thanks to reader Rhonda for this awesome tip. 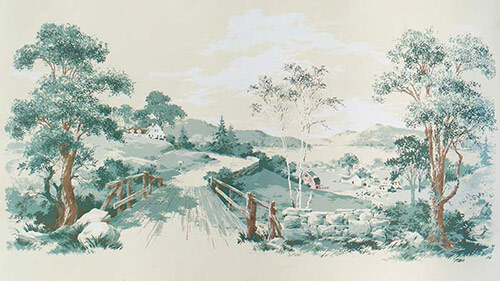 The mural, above: Perhaps the most popular of all time — Memory Lane. It was installed in the LBJ Ranch in Texas — and President Johnson once addressed the nation on television with it in the background. Presidential provenance! 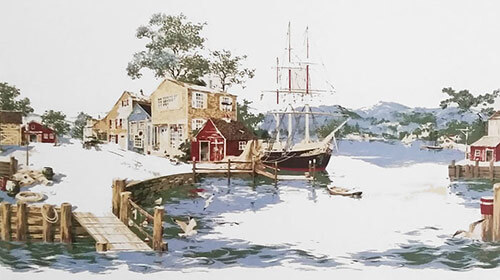 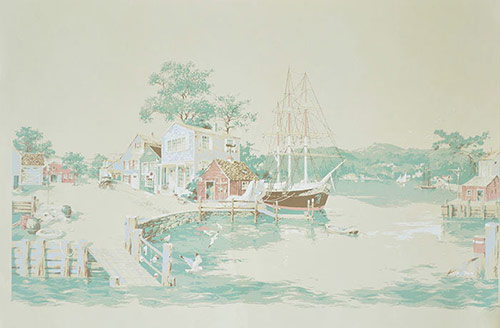 There are several different types of scenes available, from southern plantations to New England harbor views similar to the original nautical wallpaper murals found in this 1956 time capsule home and this 1960 time capsule gem in Laramie, Wyoming. 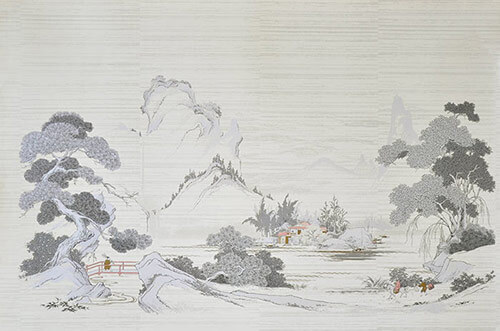 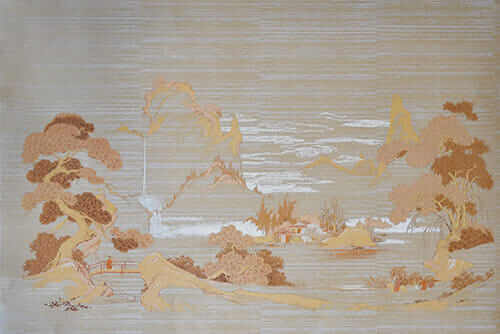 These Japanese mountain scenes would be perfect in an Asian inspired midcentury home — like the original Oriental style wallpaper mural in this 1956 time capsule home. Hmmmm…. One of these might even work for a wall of that far eastern-themed tiki lounge you’ve been hoping to create. 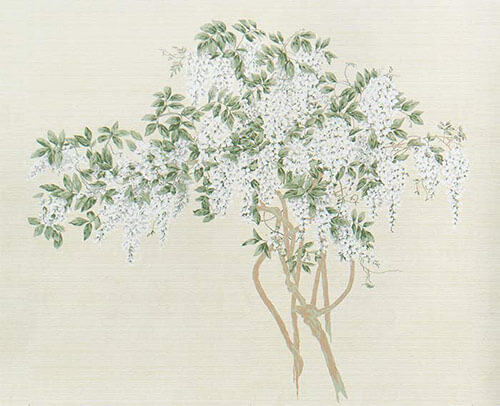 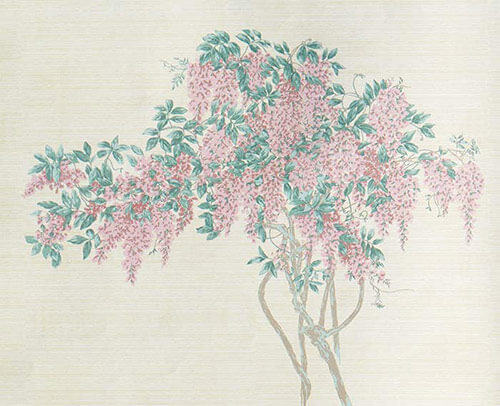 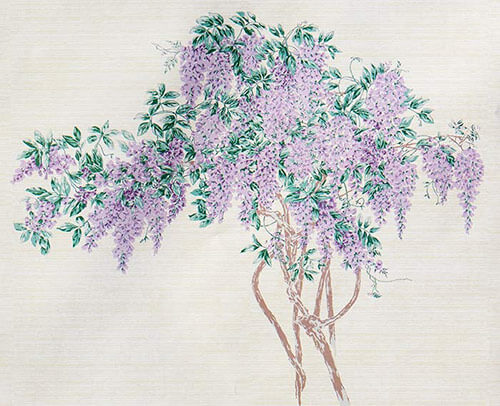 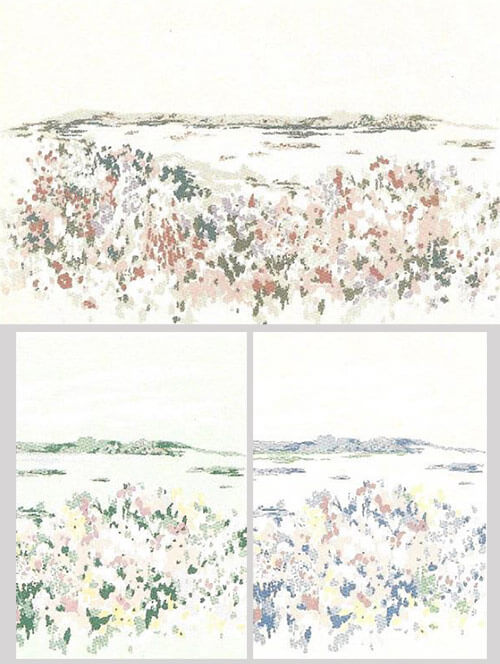 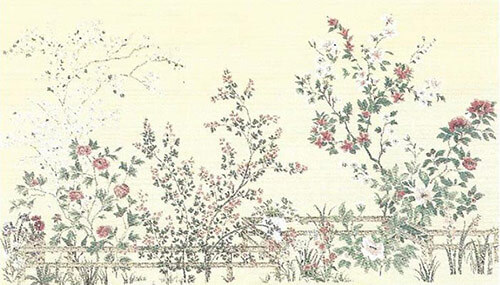 For those who like their flowers inside as well as outside, there are several color ways and styles showcasing artfully rendered botanical designs. 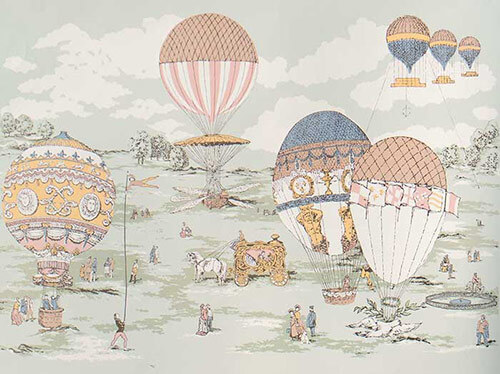 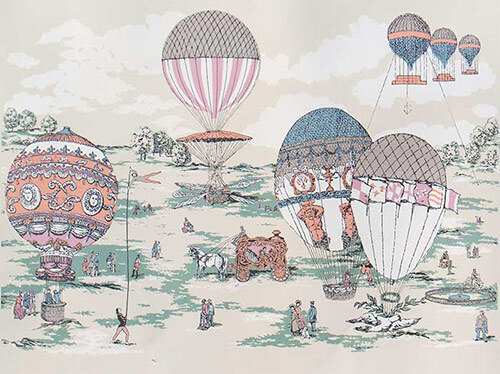 Need something to cover a bare wall in your Colonial style home? This charming, colorful wallpaper mural with hot air balloons could do the trick. 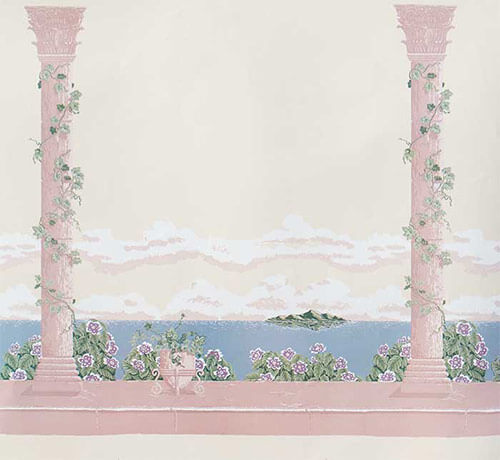 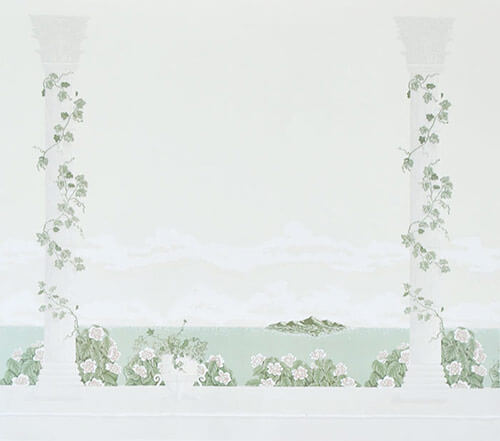 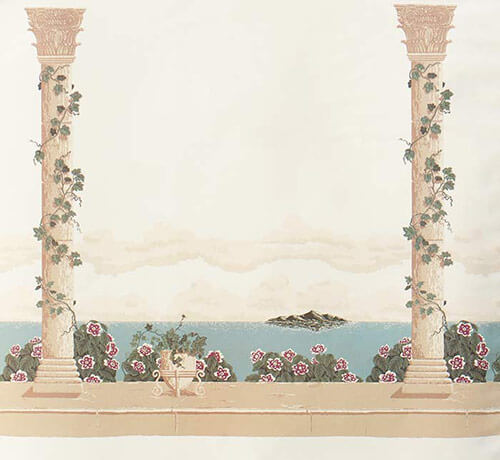 Even Roman style columns and a distant island would be a welcome view in a room decorated in the Hollywood Regency style.

We’ll say it again. Yowza! Pam bought one for her master bedroom. She wants to buy them all, she says. For her hoard. Alas, DH amused. Not one bit.