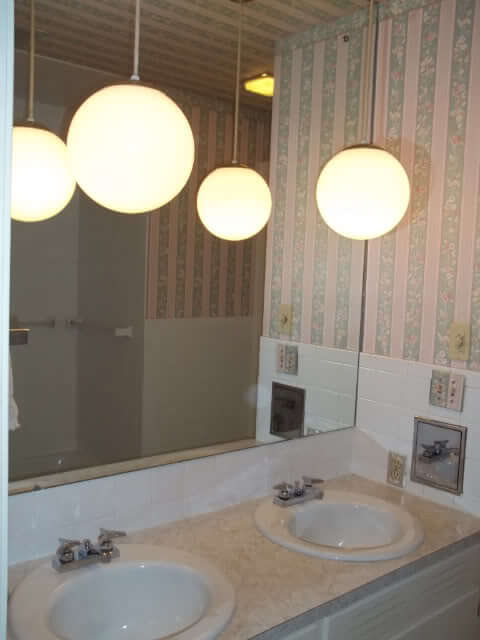 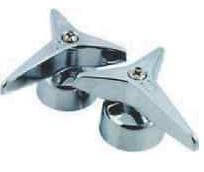 Following my recent story about Kohler Triton bathroom faucets — in production for 76 years, since 1941 — super-reader ineffablespace sent several photos of the Triton — with the three-pointed I’ll-call-them “atomic” handles.

He points out that the photo above is actually a “trifecta shot of a Hall-Mack recessed cup/soap holder, the Triton faucet, Lightolier globes (and Formica Onyx, I think).” (That would make it a … quadfecta, wouldn’t it?) The bathroom is his parents’, installed in 1959, wallpaper updated in the 1980s, and is still in place. Meanwhile, I thought to look, and golly, you can get the three-pointed handles as reproductions on ebay; affiliate links: 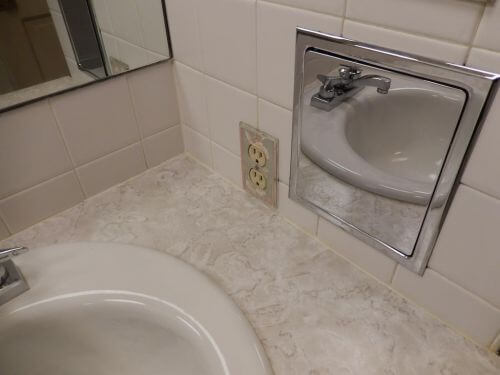