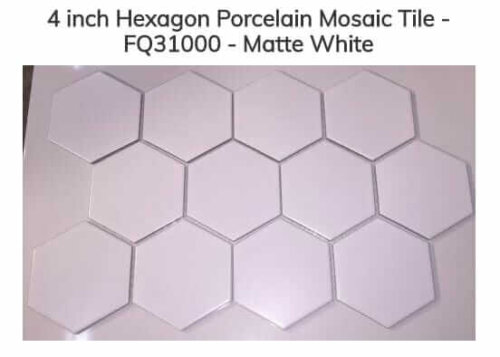 Is 4″ white hexagon tile, specified for floors, the most timeless modern bathroom floor tile ever? I declare: Yes, it is. And it’s not easy to find today: Above, from Classic Tile New York.

Why do these 4″ hex tiles make my very-hard-to-achieve “modern-era timeless” list?