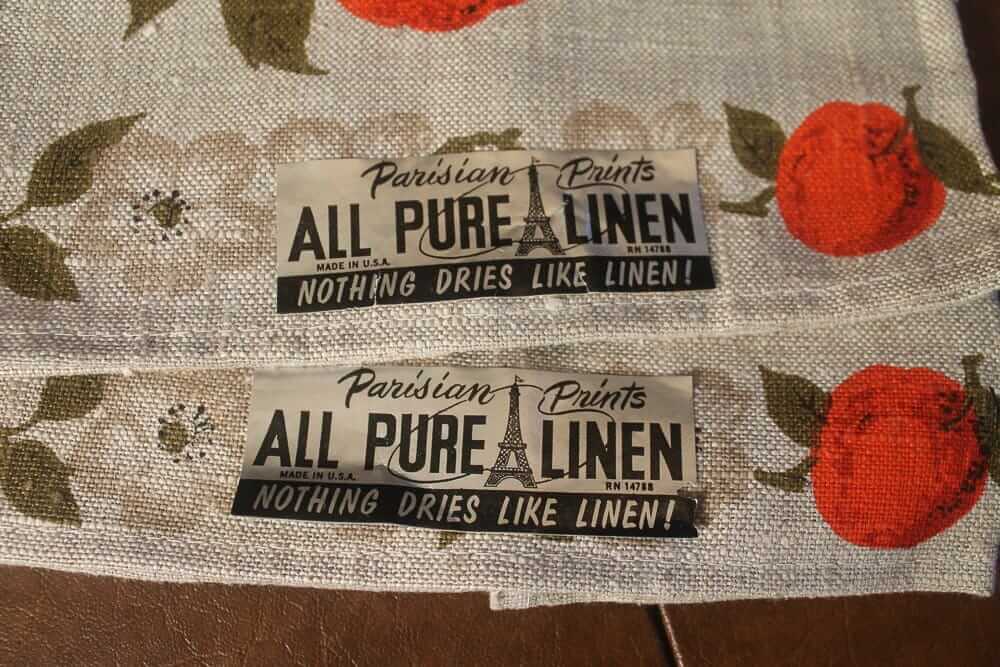 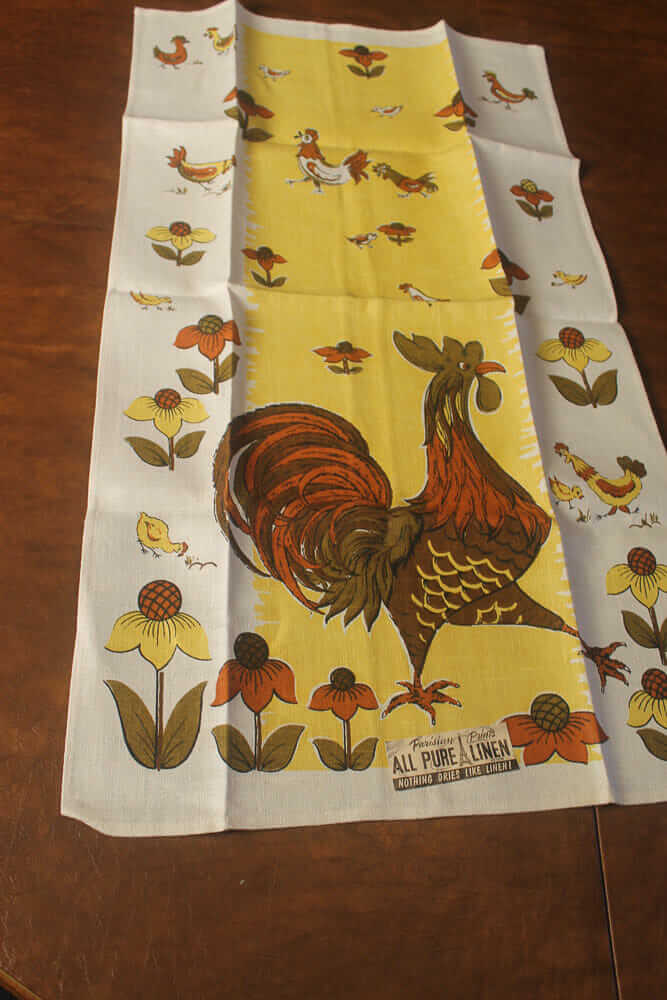 I began snatching these towels up, and began using them. 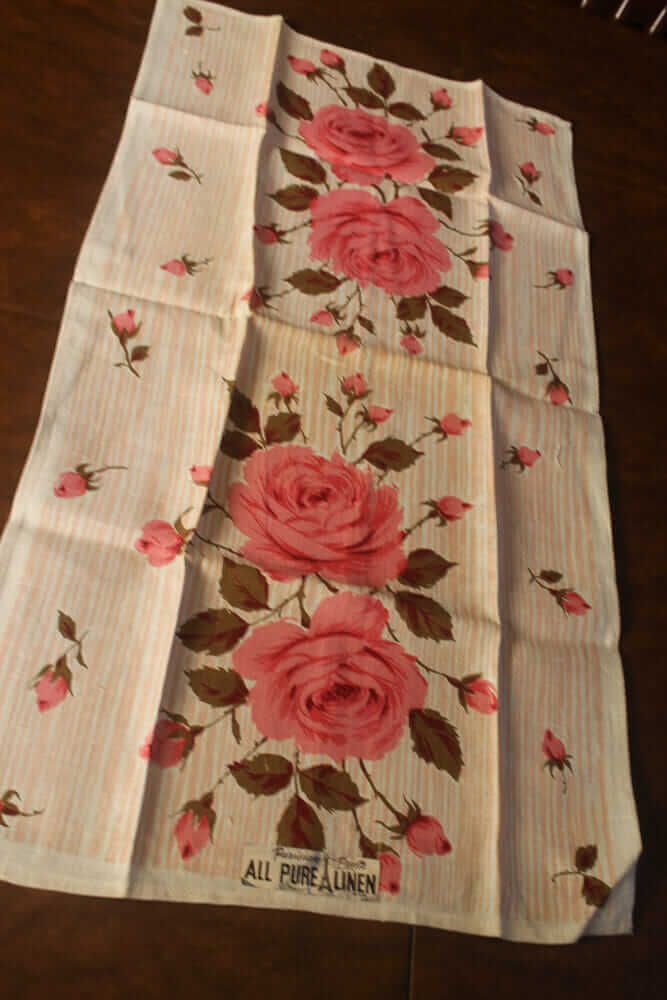 Not only do I love them for their (1) terrific vintage graphics and colors, (2) thrifty cost, (3) provenance — but I really love them functionally as well. 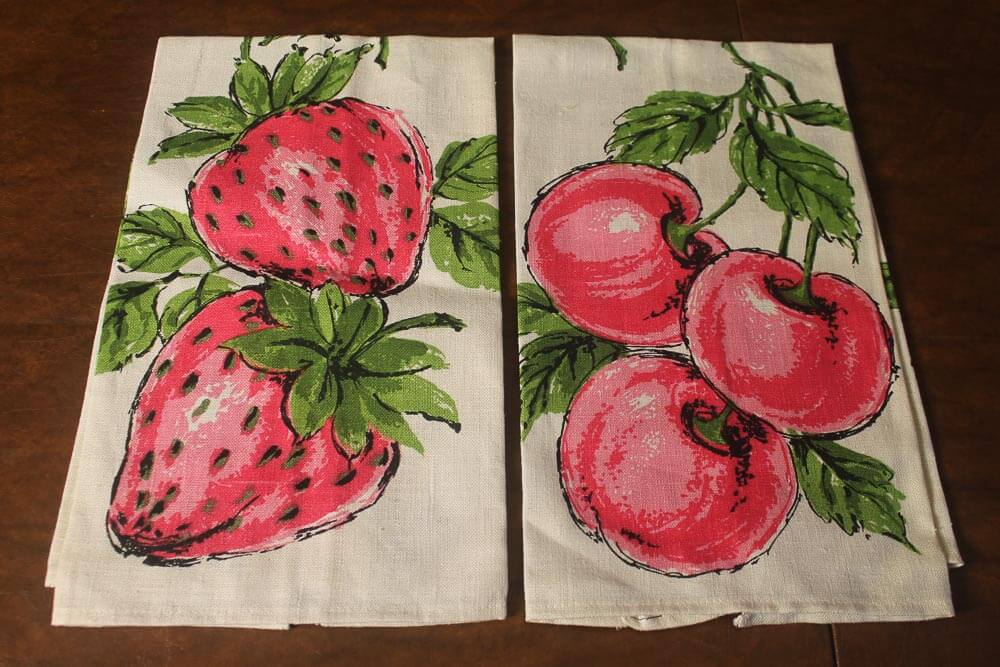 Most importantly: Linen kitchen towels really soak up the water. They dry fast. Yes, they fade as you wash them — but, they get softer and softer and still retain their absorbency. Indeed: Nothing Dries Like Linen!

I use them every single day, exclusively, as kitchen towels. 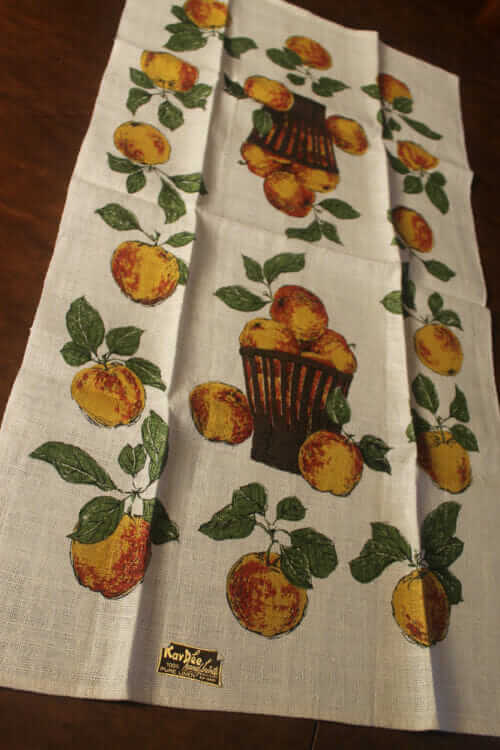 I will guess they came to be known as “tea towels” because… what?… they were used by the Mrs. when she served tea?

Hmmm. All I know is that they work great as daily kitchen towels. Don’t keep them packed away! Use them! 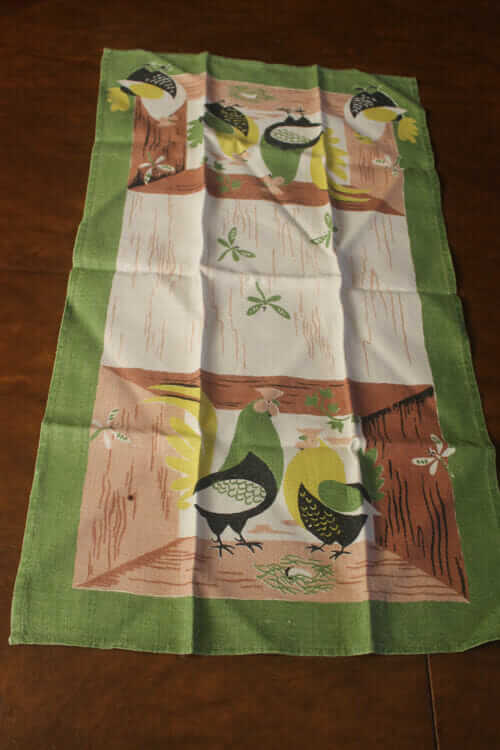 Above: Some designs were ‘mod’. 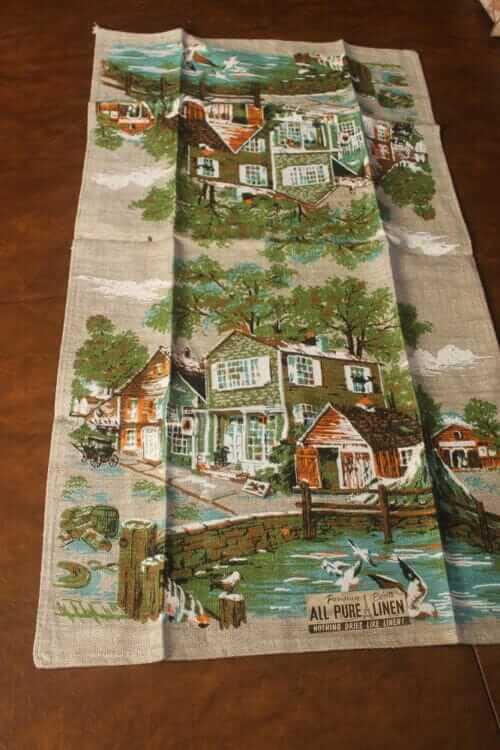 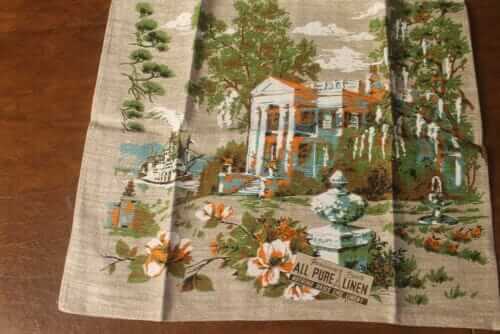 Above: Some designs resemble Thibault murals. 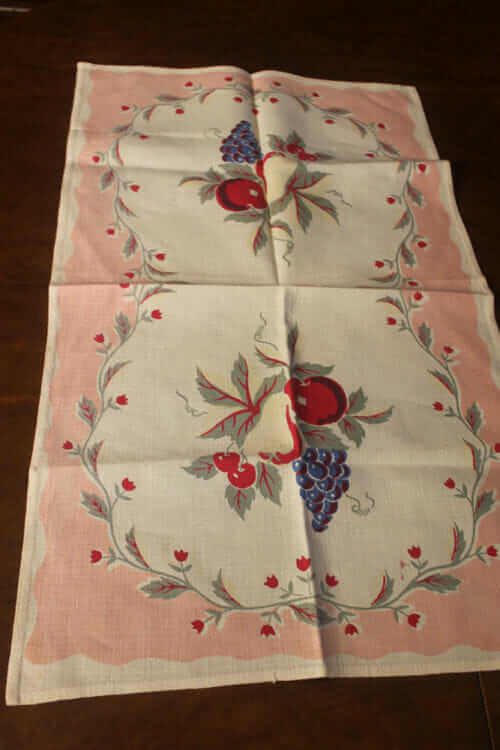 Above: This one has a very 1940s look to me — very sweet… like a Meyercord decal.

Back in the day, popular makers of linen tea towels seem to have included: 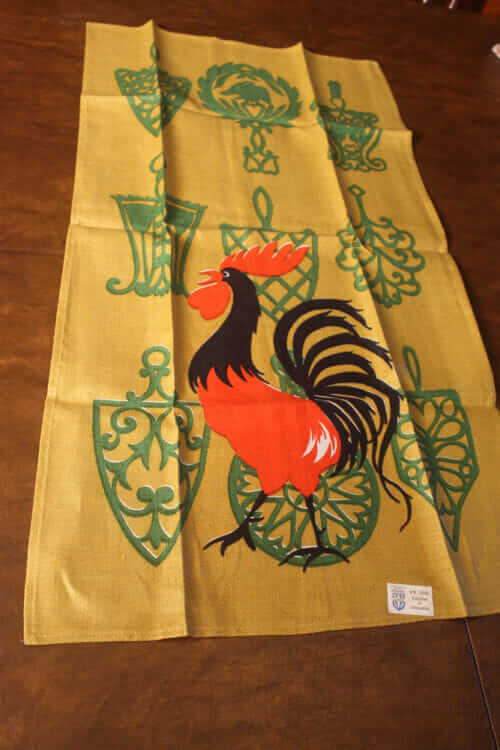 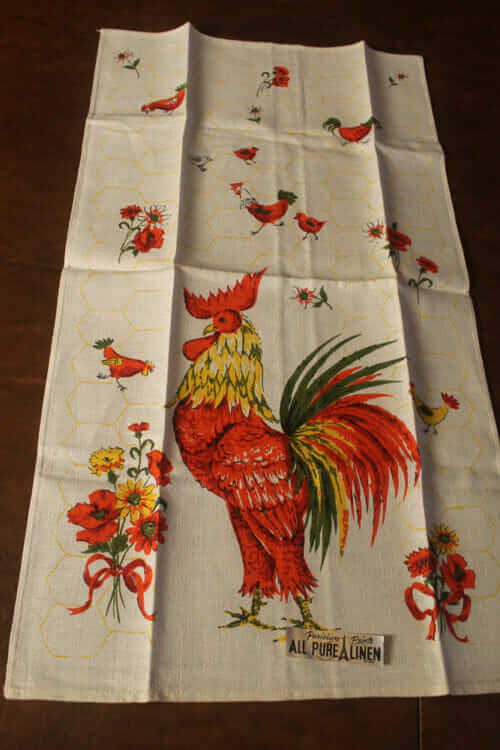 In my collecting, I’ve picked up lots of roosters and chickens. 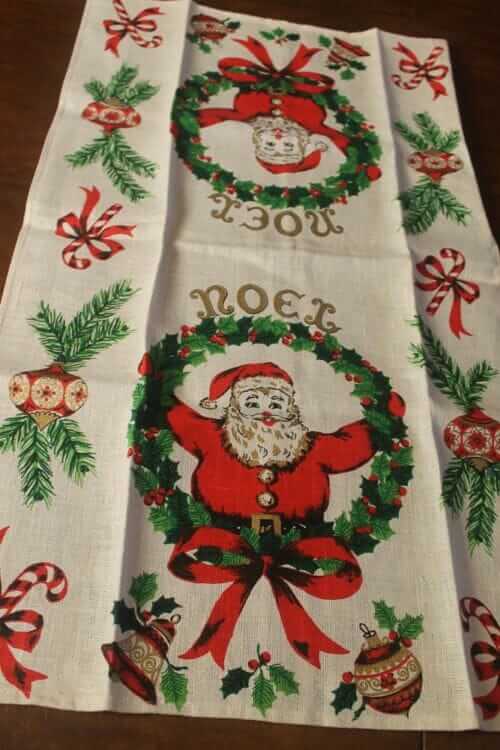 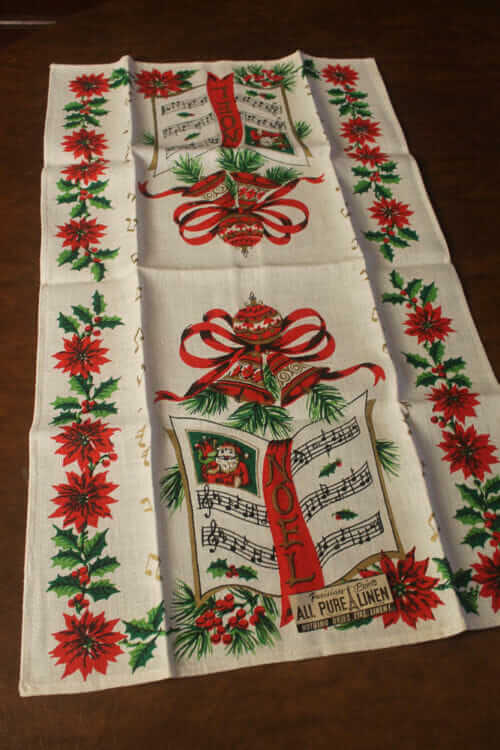 Santas too. Put out novelty towels for the season! 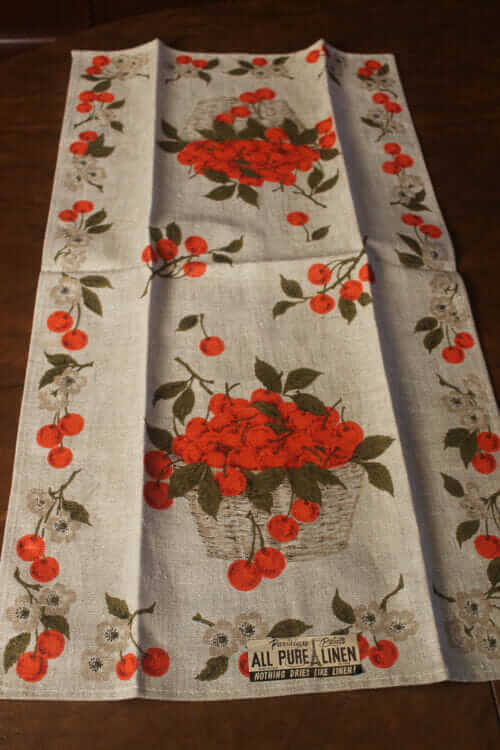 I love vintage tea towels. How about you?