You are here: Home / Other Rooms / living room / What are seagrass rugs made of? Myth busting! 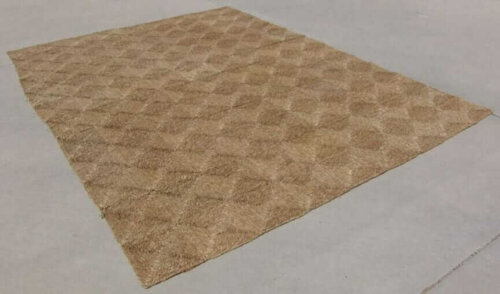 What are seagrass rugs made of?  Myth-busting: The ‘seagrass’ used for these products is actually a ‘sedge’ grown above ground like rice — not from underwater seagrasses, a claim in many stories I found on the internet. Indeed, the epicenter of seagrass cultivation and craft production seems to be the Vietnamese village Nga Son in Thanh Hoa Province, Vietnam.

I became interested in the question of what seagrass rugs were actually made of when I wrote my recent story about where to find super retro authentic seagrass square rugs. My initial research had me scratching my head, because I simply could not believe this product was made from plants harvested underwater — yes, from underwater ‘seagrasses’ that do indeed exist — as numerous googled stories suggested.

Then, in a followup discussion with Mike, the owner of Frank’s Cane and Rush Supply — he said he had actually been to a country where seagrass rugs were made — and that the plant was cultivated above ground, not underwater. He said he was told the word ‘seagrass’ is used for the product because when the fields of the plant are fully-grown, they sway in the wind in a way that makes them look like waves in the ocean. He also marvelled at the amount of misinformation about what seagrass rugs were made of found online. He said he and his staff at one point tracked the myth to its source. 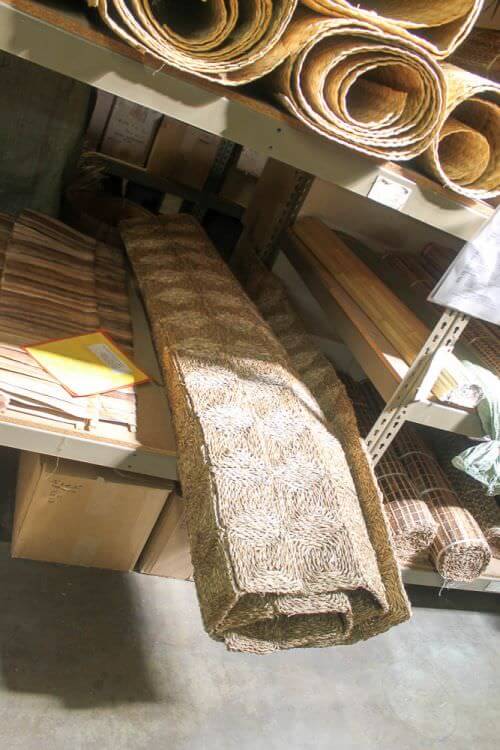 So I kept researching and turned up Vietnam — and “sedge” — and “rice-like” cultivation and Nga Son mats — all turned up. There are even craft-based tourism businesses set up to visit Nga Son to see first-hand how these products are grown and made. This tour operator has a lovely write up on the history of the sedge aka seagrass mats produced in Nga Son for more than 150 years. Hmmmm…. I have a friend who currently lives in Vietnam. This reminds me: I need to go visit — and to head to Nga Son while I’m there!

This 40-page paper — super informative! — explores how to improve the economic development opportunities for seagrass cultivation and production in Nga Son.

The research also points to the village of Nga Son as the most celebrated producer:

Bet you weren’t expecting a story like this on Retro Renovation! You never know where a retro rabbit hole will appear!