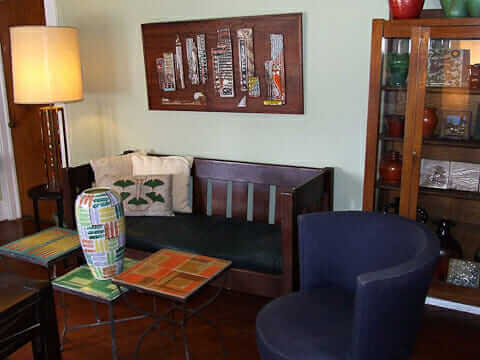 Bungalow Bill is a regular reader and commenter — and every once in a while I showcase some of the beautiful vintage art tile that he sells on his website, BungalowBill.com. In a recent comment, he mentioned the Harris Strong tile cityscape in his living room. 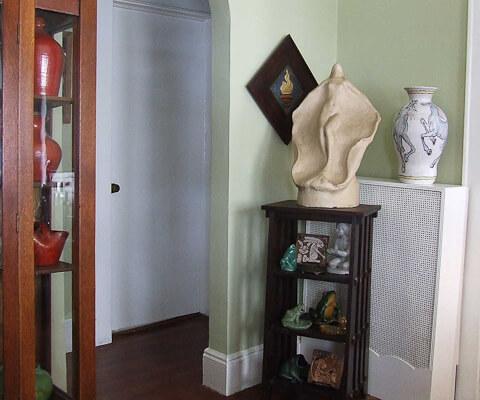 Bill tells me about his house, confirming first of all that it is indeed a bungalow — hence “Bungalow Bill.” He writes:

It was built in 1929 and is a nondescript shoebox type, similar to a Chicago bungalow. 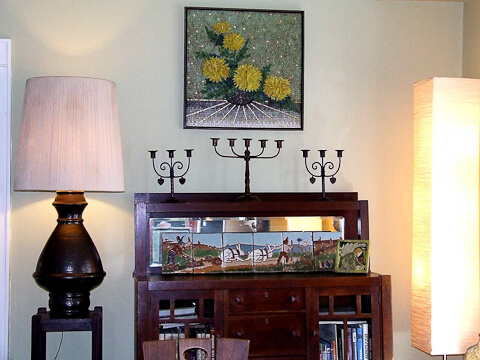 Originally the exterior was half clapboard and half shingle. It was covered in aluminum siding in the 70’s. 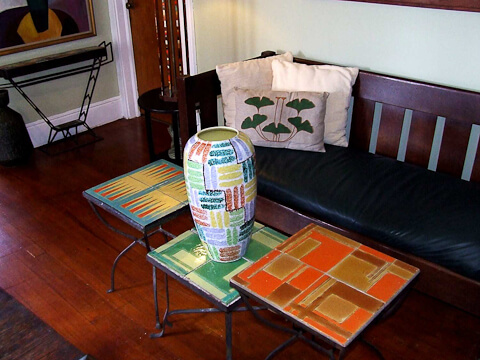 My parents bought the home in the early 50’s and went on a renovating spree to modernize it. 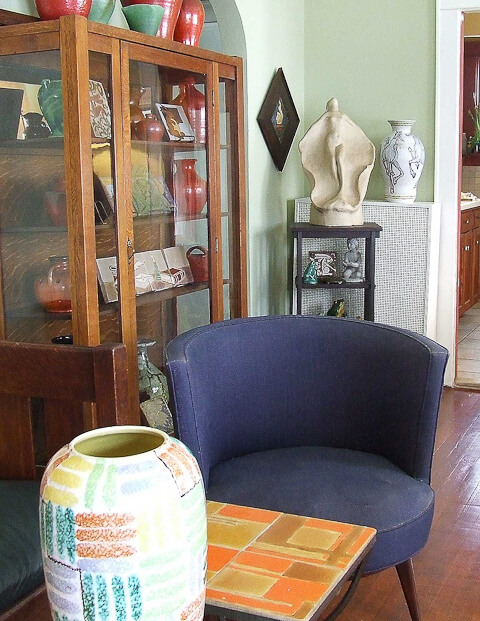 My father built the radiator covers and cornices, put in the acoustic tile ceiling and luan doors. 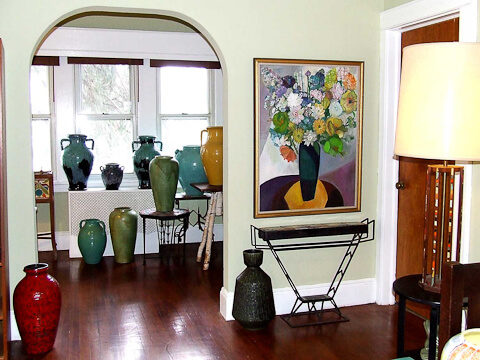 He took out french doors between the living and sunroom and put in the arch. 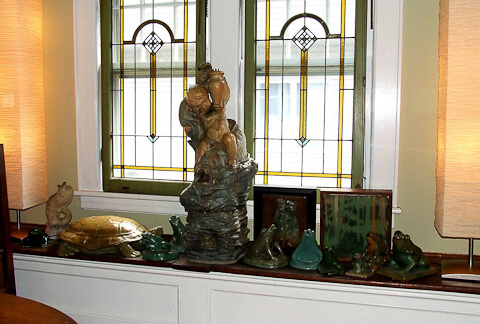 About the only real bungalow type thing left was the window seat that now houses my fountain collection. 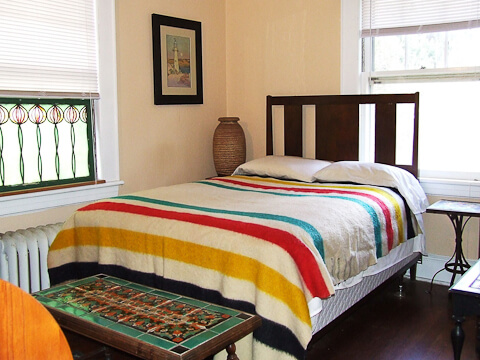 I inherited the house in the mid 80’s. I was a poor zookeeper that needed furniture. A friend suggested I go to auctions saying I could get better quality at a better price. That’s how it all began…

Thank you for sharing, Bungalow Bill. When it comes to adding art to the walls of a mid-century home, I am a big fan of mixing things up — consider paintings, prints, posters, illustrations or botanicals, a mirror, a sculpture, a textile, carved wood pieces, framed architectural fragments or ephemera, silhouettes — and yes, art tiles.