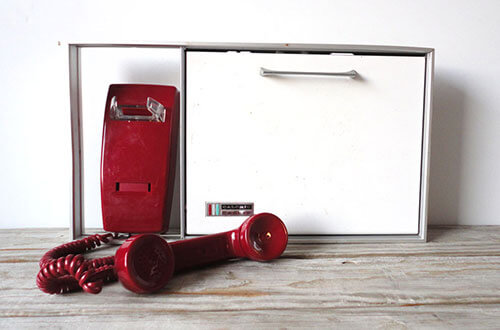 When I discovered this awesome New Old Stock pink Caloric Caddie a few weeks ago, a new world was opened up to me. The world of awesome Caloric Caddies, presumably also color coordinated by Beatrice West. Upon my eyes awakening, numerous readers clued me  into other Caloric Caddies in the series. Above: A seemingly rare Caloric Telephone Caddie — that’s a message area behind the big white door — from Etsy seller Gallivanting Girls. This Caddie was already sold, but the gracious Gallivanting Girls gave permission. More Caddies — and more closeups of this one — if you gallivant onward…

To start, here is the list of Caloric Caddies that I have identified so far: 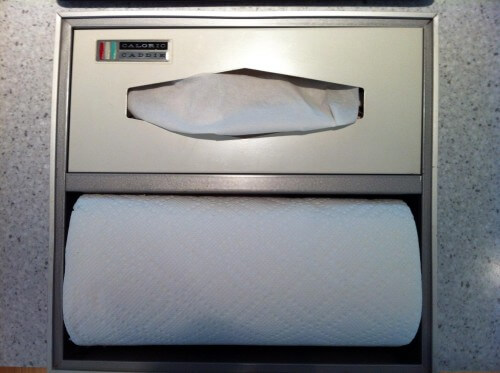 Just as a reminder, Caloric Caddies are recessed accessory holders…. color-coordinated to go with Caloric appliances. See this April 1963 advertisement — in this case, Caloric was providing the Wrap Dispenser (and $18.95 value) free with the purchase of a stove.

Next, here’s another tissue/towel holder, in situ, in Pete’s neighbor’s time capsule kitchen — along with a yummy big Caloric suite of appliances — built-in ovens, range top and woah, a rangetop exhaust fan: 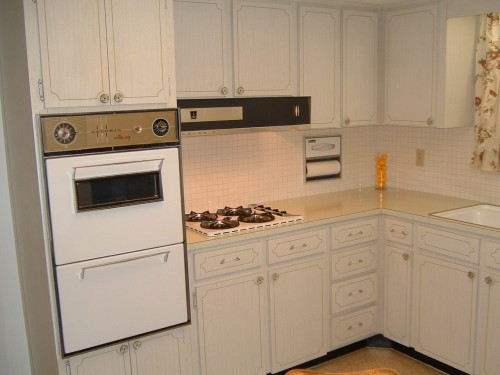 The Caddies came in white, stainless steel, avocado, and brown [Pam notes, also pink and aqua identified].  They always looked modern.  The subdivision that I grew up in was built all by the same builder and he always used Caloric appliances.  So that is why I love what I grew up with.  This kitchen was actually my next door neighbor’s house.  She kept things perfect.  I sold it for her back in 2010.  She even had the original wall paper in the bathrooms all in perfect condition.  It was only a winter house in Florida but still had little to no wear on it.  These pictures are when the kitchen was 44 years old.

Next, reader Bob has the tissue/towels Caddie in brown: 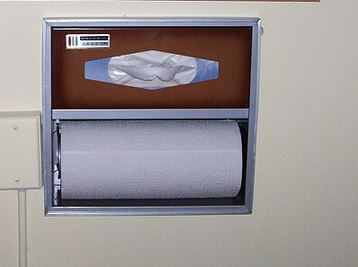 And, this proves how wonderful Retro Renovation readers are: 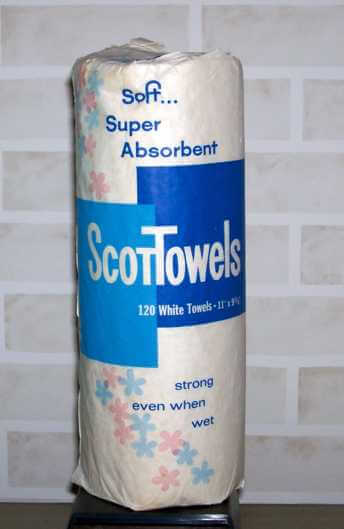 As a special bonus, I also have a picture of the original roll of Scot Towels that was in the Caddie!

Yes, knowledgeable readers point out that paper towel rolls were shorter in the way back time machine days. Today’s supersized rolls do not fit in the Caddies. Read Bob’s blog here.

More photos of the phone Caddie: 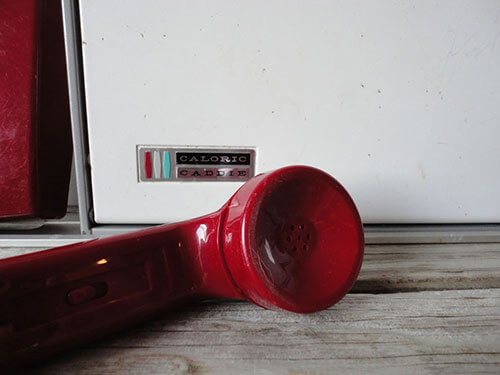 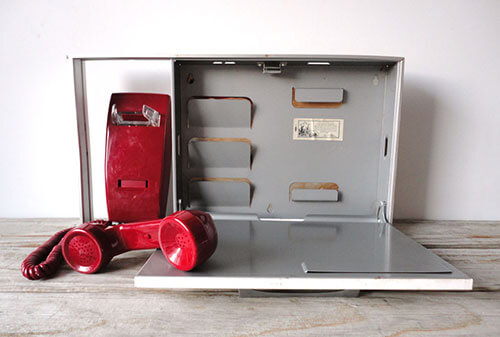 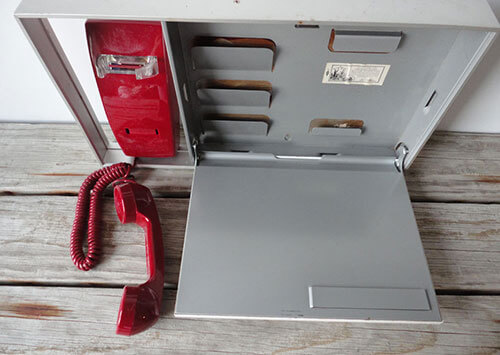 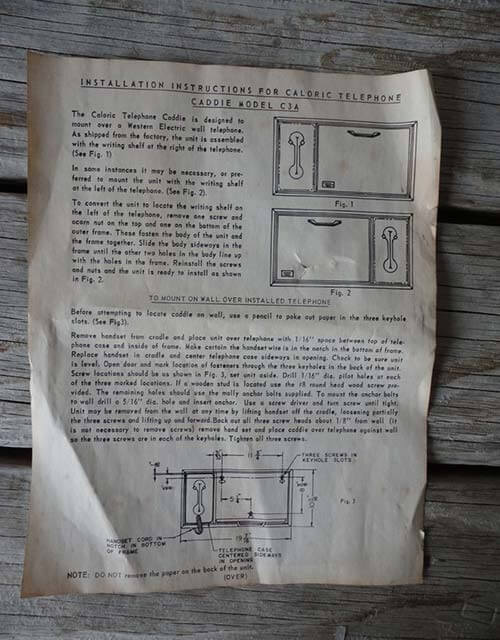 I also found a similar Caloric — it was called a Caloric Caddie II Wall Desk — in avocado. The 1965 Wall Desk advertisement shows you could also buy this stand-alone.

And for the record, the first time I spotted a Caloric Caddie. There was a frenzy after I posted this story about this pink delish. The final ebay selling price was $225 plus $44.60 shipping: 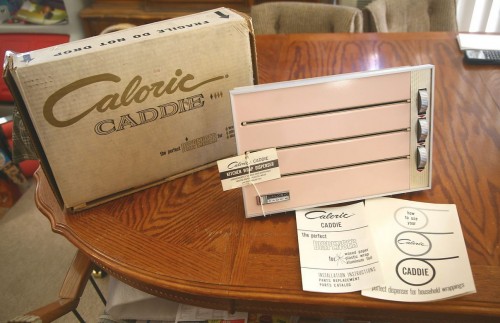 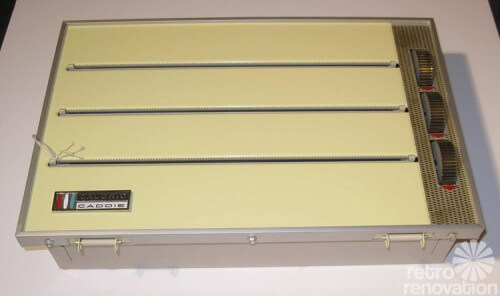 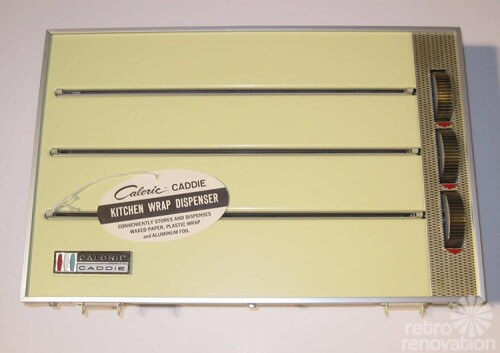 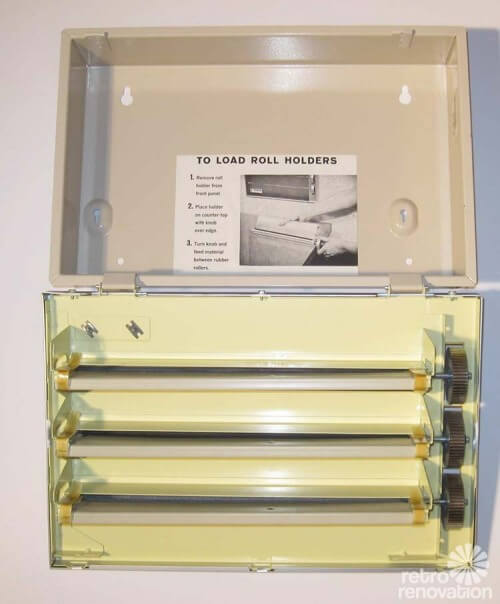 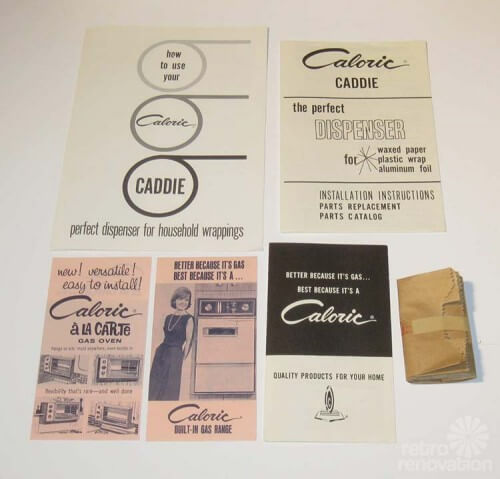 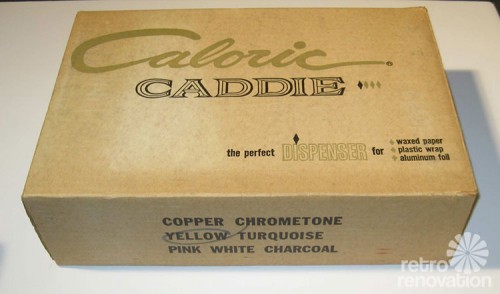 The vintage yellow Caloric caddie above was found on Ebay — photos courtesy of seller westestates.

I also found this same wrap dispenser in aquamarine.

Can we find more designs? More colors? We need to find us a catalog!

Thanks to Gallivanting Girls, Pete and Bob for the photos. Readers, if you have more photos of these, let us know!