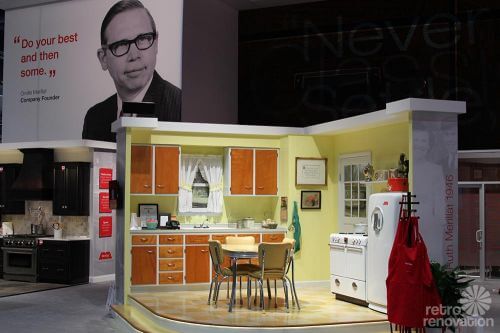 Here’s another company using its mid-century roots to underscore its brand longevity: At this year’s big Kitchen & Bath Industry Show (KBIS), Merillat assembled a (company)-historic 1946 Merillat kitchen on site. Seems like it was a big hit — I heard about it from several readers and friends. So I chased down the photos, and here they are — a happy sunny vintage Merillat kitchen, classic Americana complete with original counter top and dinette and period-correct flooring and appliances. 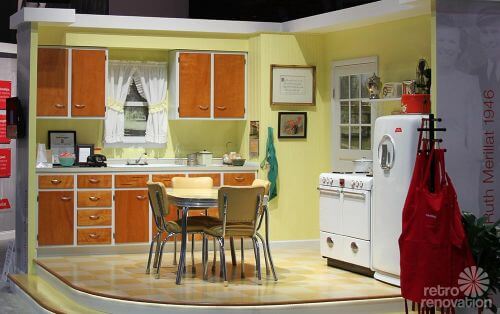 The kitchen has a nice story: The company says that this was one of the first kitchens that founder Orville Merillat built — by hand, no factory yet! — when he launched Merillat in 1946. His wife Ruth Merillat stained and finished the kitchen. (I tend to believe the original finish was all wood — that is, the cabinet boxes were stained, not painted. The company is trying to confirm this for me.) 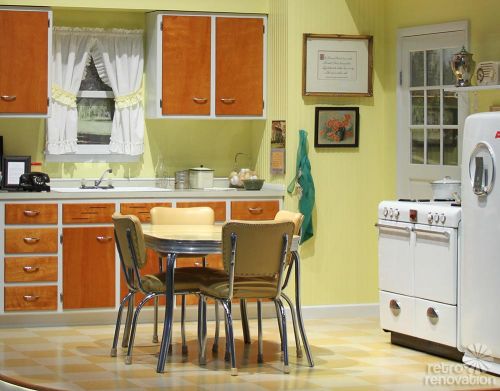 Orville and Ruth built the kitchen, made from birch, for the parents of the company’s first employee. It remained in its original home — located in Adrian, Mich., where Merillat was founded — for decades. In 1996, as the company was approaching its 50th anniversary, Merillat employees located the kitchen, purchased it from the homeowners, removed it, and gave the homeowners new Merillat cabinets. They then reassembled the 1946 kitchen and presented it to Orville and Ruth as an anniversary gift.

The company says the appliances are all from the same time period, but that they can’t confirm whether they are from the original kitchen. The counter tops are original, but are missing the original metal edging. 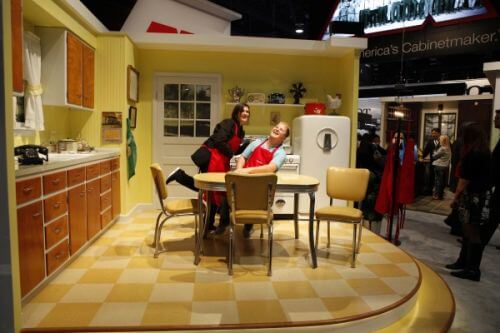 It seems like the kitchen was a big success at KBIS — lots of happy picture-taking going on, in this cheery sunshine-y kitchen. Seriously — you can keep your breakfast-bar-style seating — I will choose a kitchen with a dinette plopped in the middle over the island any day. 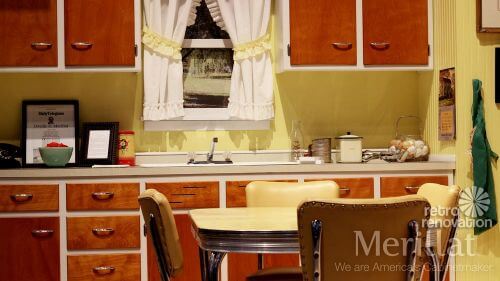 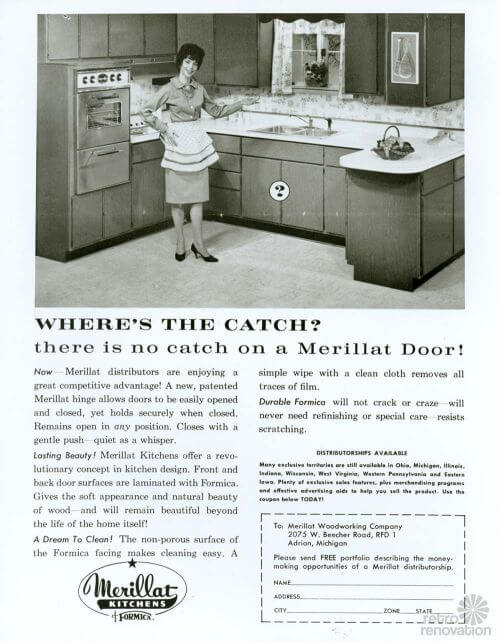 A peek at Merillat history:

Many thanks to Merillat for the photos and for rockin’ the retro at KBIS 2014! And thanks, too, to our reader-tipsters!