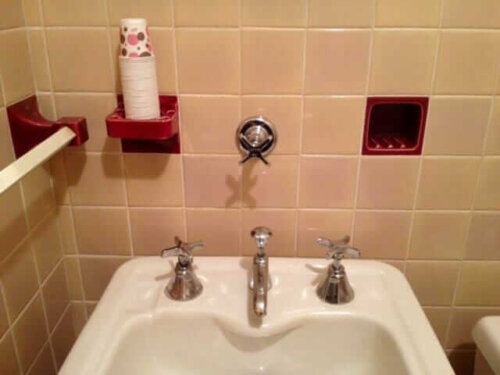 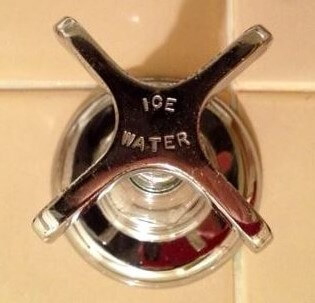 In the early days of the blog, the woddities — “wonderful oddities” — came fast and furious — so many inventive, undiscovered home features, patiently waiting to be rediscovered. But nowadays… golly… no woddity action in four months: Have we seen it all? Fear not, last hot time Saturday night on our Facebook page, (1) Nicole tipped us to this klassic Kzoo time capsule house… in which (2) Suzanne spotted a seemingly extraneous faucet above the bathroom sink… and then sure enough (3) Diane piped in — she has one (shown above) in her 1936 house… and howdy, hudee, here we have a very wodd woddity, indeed. So… what the heck is it for? Can we solve the mystery? 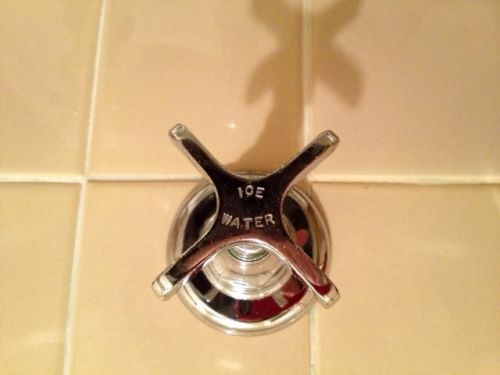 There were many comments guessing at the tap’s purpose, and once we had a good closeup photo, leading contenders included:

I’ve discussed this with several plumbers over the years, and the consensus is that there was an ice water tank in the basement, similar to a hot water tank. There’s no evidence of a tank, so it’s just speculation. Fortunately, whoever disconnected the ice water source re-connected the tap to the regular water source, so the tap still works!

# 2 — Another reader said her plumber had another theory — that this extra faucet on the wall adjusted the water pressure.

Maybe when you turn it, the whole wall, basin and floor swivel around, spinning you into a secret Dr. Evil-style midcentury modern lair. Well we can always hope!

Yes, Clive, we can always hope!

Hmmm… either of those first two ideas sounded plausible to me. But hey, I know an expert — John of deabath.com — they specialize in vintage plumbing fixtures. Longtime advertiser-friends of the blog, they always are quick to help us solve plumbing mysteries. Perhaps they could solve this one, too?

Quick as a flash — yes, in minutes — John responded to my email. He said: 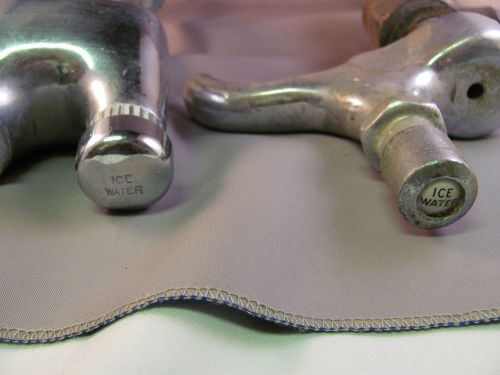 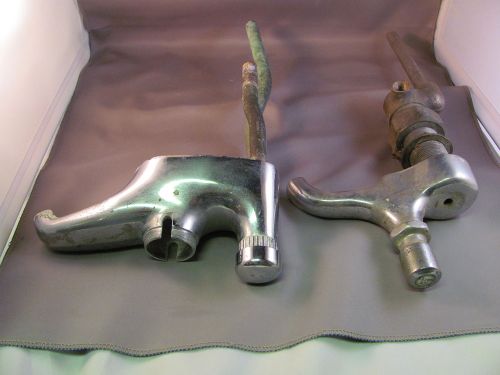 That’s an easy one! Some high-end homes had a separate refrigeration unit strictly for ice cold drinking water, and the house was plumbed with a separate cold line just for this use.  The faucet spout will have a separate inlet just for the ice water, one turned the knob on the wall and ice water flowed from the spout.  We have in our parts bin two spouts that had a button on the spout marked “Ice water”.  You pressed the button, and you got cold water…  As with many things, this went out of fashion.

You can’t say we don’t know how to have fun here.