Do you want the look of wallpaper in your bathroom — but without the hassle of paper and paste? Use paint and add a stencil design instead. That’s what Lindsay did to add drama to her vintage vintage pink, blue and black tiled bathroom. Now, everyone who visits —  — even those who aren’t big on retro style — are buzzing, in love with the space. 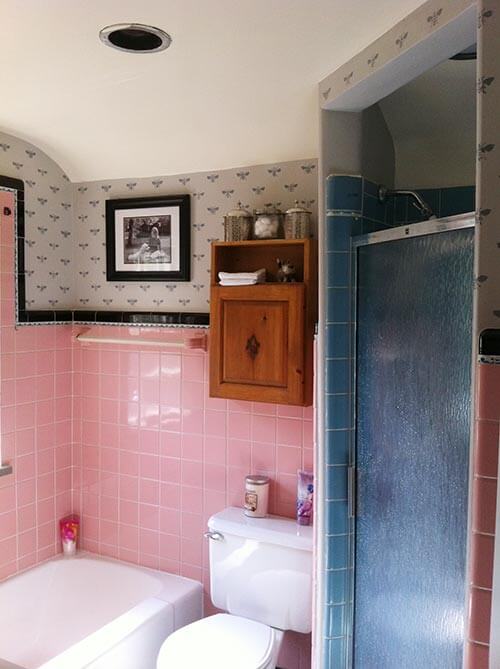 Attached is a picture of my beloved pink (and a little blue too) bathroom before and after I painted the upper walls grey and stenciled bumblebees on.  I think the key to making everyone fall in love with the pink bathroom is strategic use of color. A decorator relative of mine told me that painting light grey and adding a stencil design would really help the pink be appreciated, even by those who don’t normally appreciate the retro. And it worked! Before the white walls/pink tile provided too much of a contrast, and the whole room had a different look/feel. Now, however, it is loved by all who visit it! 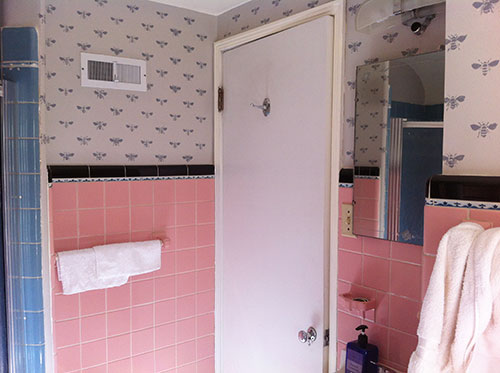 Nicely done, Lindsay! We agree: The key to your success here was adjusting the contrast and then adding the pattern — together, these made an incredible difference in the “mood” of the space.

Evaluating contrasts and how they affect a room

The problem: While high contrast can work in some decorating situations, Lindsay’s small vintage bathroom felt a little too in-your-face with its mid-value pink tiles and especially, its dark black border tiles set right against a stark white wall color: 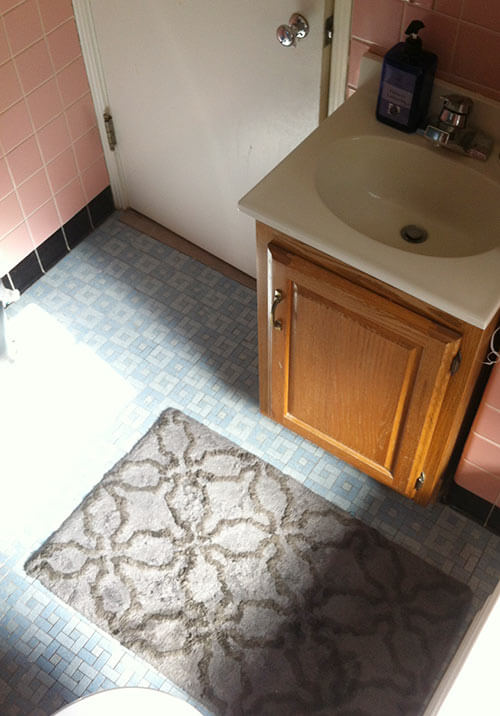 Kudos to a job well done Lindsay — not only have you given your vintage bathroom a (relatively) easy and effective facelift — but you’ve also managed to convince your family and friends that vintage pink bathrooms can be just lovely. Bravo!