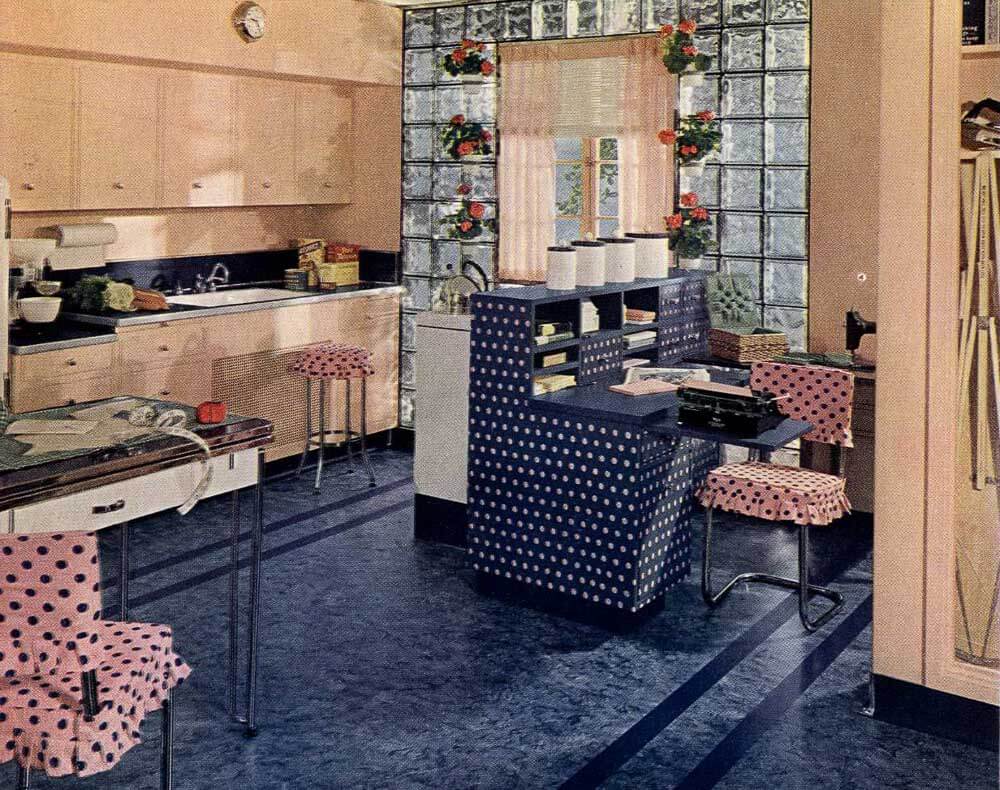 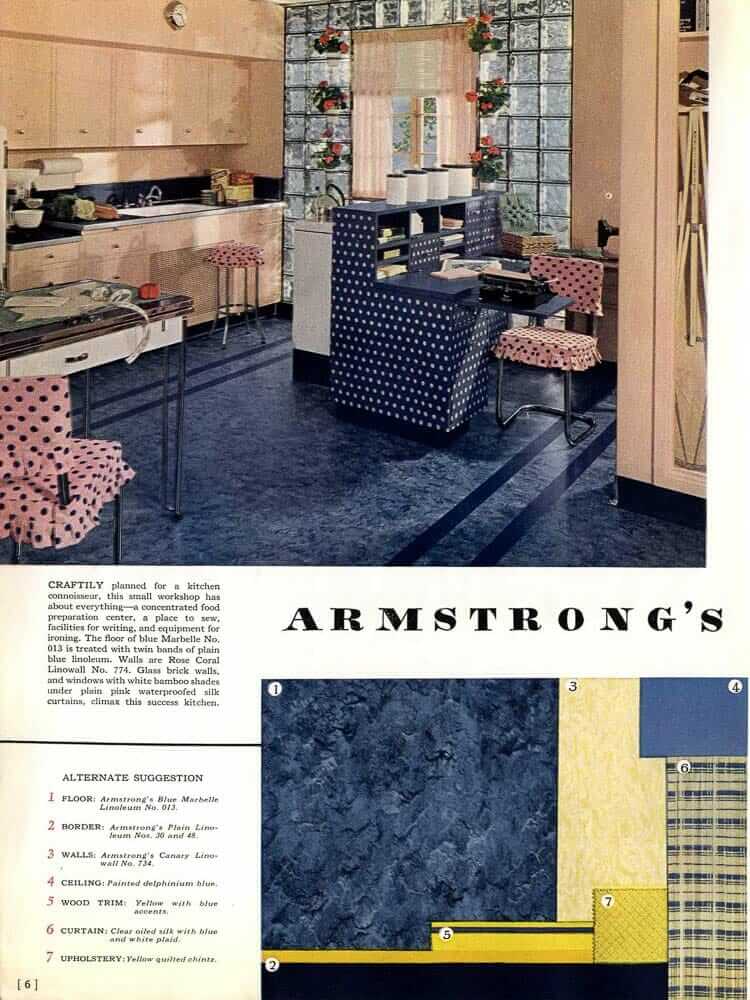 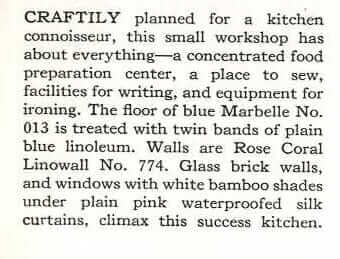 Mrs. Dell Brown was an Indiana art teacher / supervisor hired in the 1920s by Armstrong to create aspirational rooms for their advertising. To understate it: She knew how to pull together a room.

In this little piece of 1941 taffy delight, she shows us how to judiciously combine colors with a bit of eye-popping pattern — polka dots done positive and negative in two colorways, oh my! — to create a happy, airy kitchen.

Hey, there’s even room for the Mrs. of the house to write a novel in between her time spent cooking and sewing up some more … ruffled upholstery. 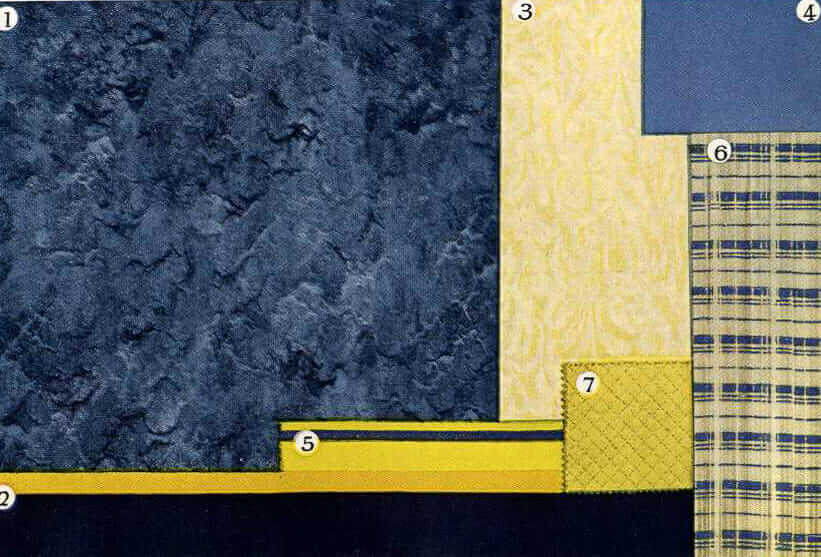 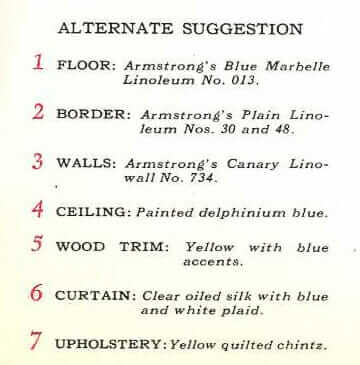 Dell Brown also gives us an alternate color pattern that includes a ceiling “painted delphinium blue”. I have just decided: Somewhere in my house, I need a ceiling painted delphinium blue. Note: The mood board above illustrates how ya build a room’s color/design palette: START WITH YOUR PATTERN. In this case, it’s the plaid on the curtain. Ya pull all the colors for your room from that first piece. Ta da. Thank you, Mrs. DB!