Home » Bathroom Help Category -- Also note those subcategories in the orange navigation, above! » That time you buy a 1959 house with three bathrooms built by a plumber and his brother, a tiler 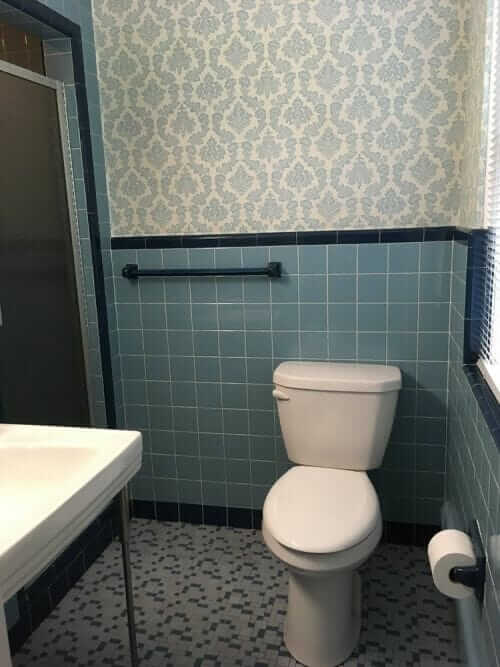 What happens in 1959 when you are building a house, and you are a plumber, and your brother, a tiler. You end up with three — count ’em: Three! — close-to-original condition, lollipop-pastel-colored tile 1959 bathrooms in your house. Carolyn is just the second owner of this treasure chest, and she isn’t changing anything. Yesterday we looked at Carolyn’s amazing pink bathroom — oh, that Cinderella! Today: her blue bathroom, vintage wallpaper still intact. 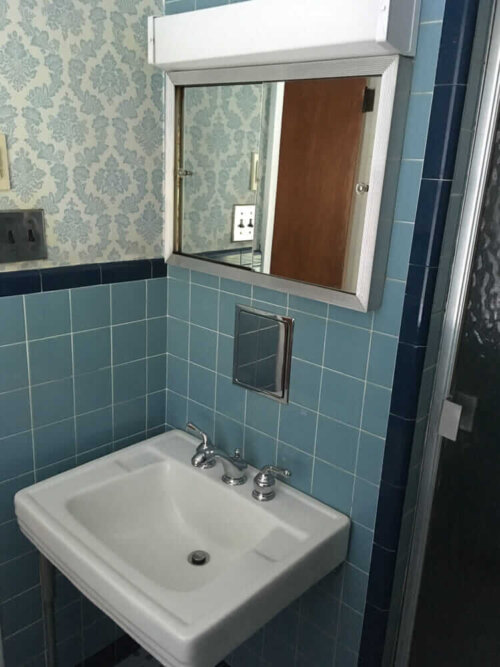 Nearly-original condition: There appears to be a newer toilet, and it’s possible the wallpaper is newer — although it may well be original — and all that said: It all looks so very well maintained! I also spy: A Hall-Mack Revolving toothbrush holder aka “Concealed Lavatory Unit”.

I really am lucky! Just for the heck of it, here’s the blue bathroom. 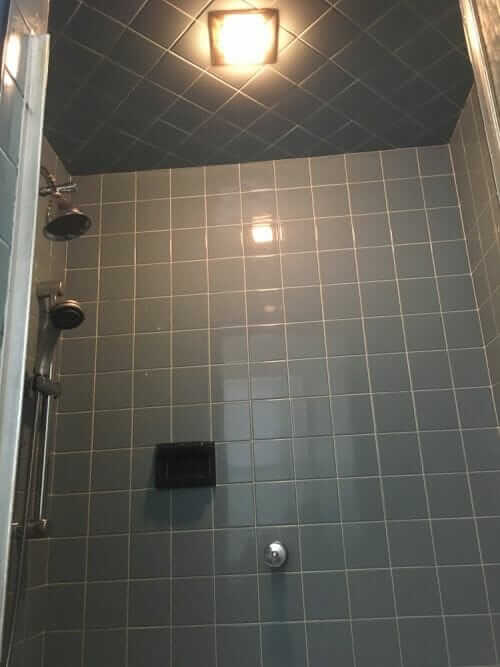 The main treat here is the three extra nozzles which squirt you in the middle. I imagine these aren’t too common in 1959 unless you happen to be getting a house dreamt up by a plumber. Just to round out my palette, I also have a yellow powder room. So lucky!

Thank you for sharing, Carolyn! Gorgeous! 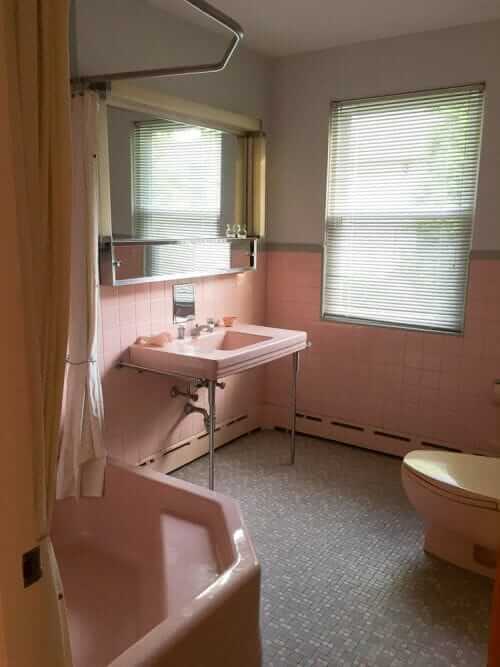