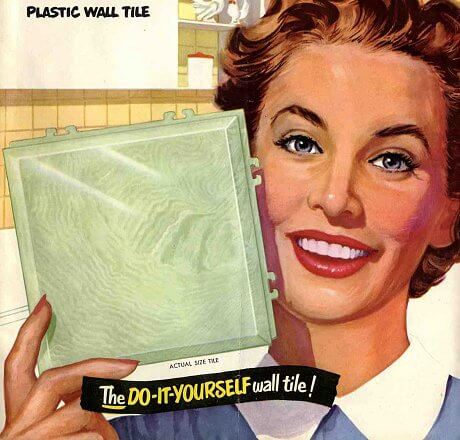 Plastic tiles seem to have been very popular in the 1950s and, my mom tells me, into the 1960s. In estate sale houses, I see them in both bathrooms and kitchens.  I attribute their popularity to the fact that homeowners could install them themselves — and we were a very DIY nation at the time. Also, these tiles could be easily installed over existing plaster walls — meaning that they were good for renovating the “imperfect” plaster walls in old farmhouses, Victorians and bungalows and to get that  “modern” look. 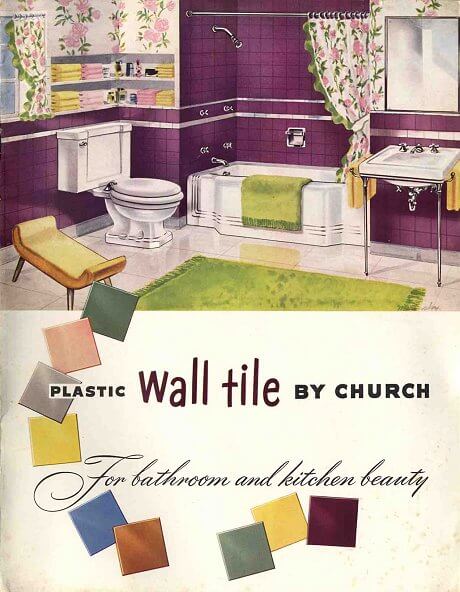 In fact, the benefits of plastic were highly touted during the entire postwar period. I kind of have a feeling folks thought plastic and ceramic were equal in attractiveness? We were fascinated with the lure of the man-made and technology — this is a critical part of the American identity, even still. Also, I am pretty sure it’s a good guess that plastic tiles were significantly cheaper than ceramic tiles, and that must have been part of the allure as well. In my very recent travels I have picked up three vintage brochures — from Church, Pittsburgh and Coronet Tile Companies — and have scanned the prettiness, and info, for all to share.

Check out the complete slide show…. Click on first thumbnail to launch it, then move forward via the arrows below each image:

Finally, hey, remember this post? Kurt’s kitchen with the large 8″ tiles all around. Wow! 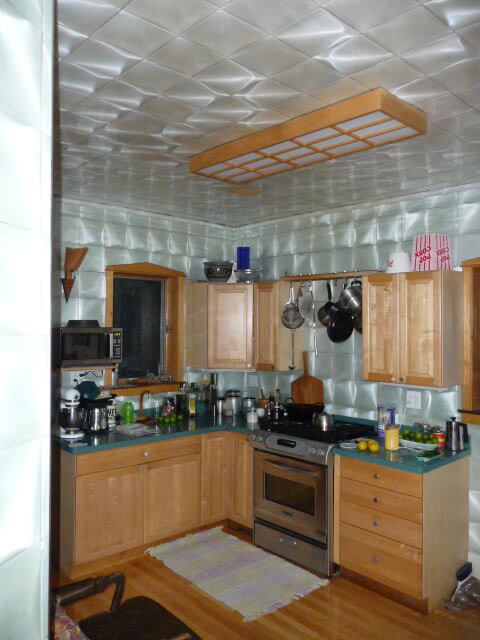