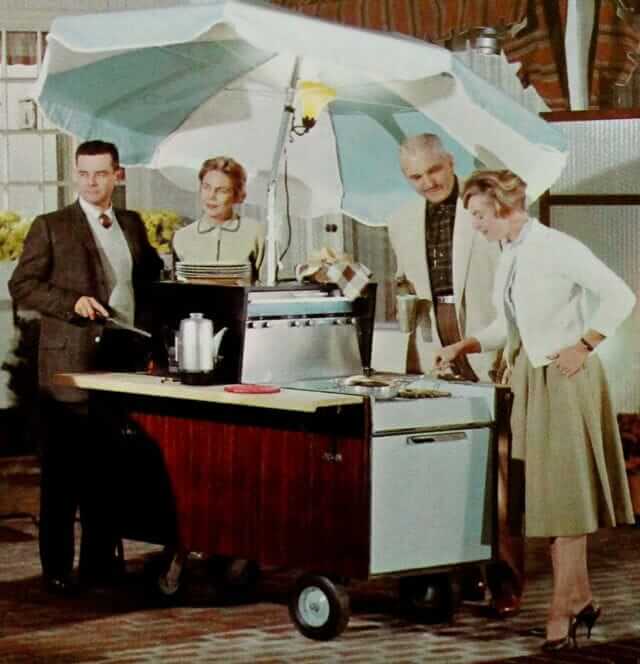 For many people, daffodils are the first signs of summer finally on the way. For me, though, it’s the sight of GE Partio Carts suddenly popping up for sale, harbingers of the barbecue season ahead. I’ve written about Partio Carts before here (before we know to call them “Partio”) and here (we learned their proper name) and here (a’cuz I’m nuts for them, I guess it’s clear). For this year’s story, I up the ante by (1) surfacing an original photo of the Partio Cart from a 1960 GE Annual Report that I purchased (see, I’m nut$!) … and (2) a unit for sale in Seattle that apparently was never used (although it is not in perfect condition.) Photos galore — partio on to see them all… or maybe to buy a Partio for your very own? 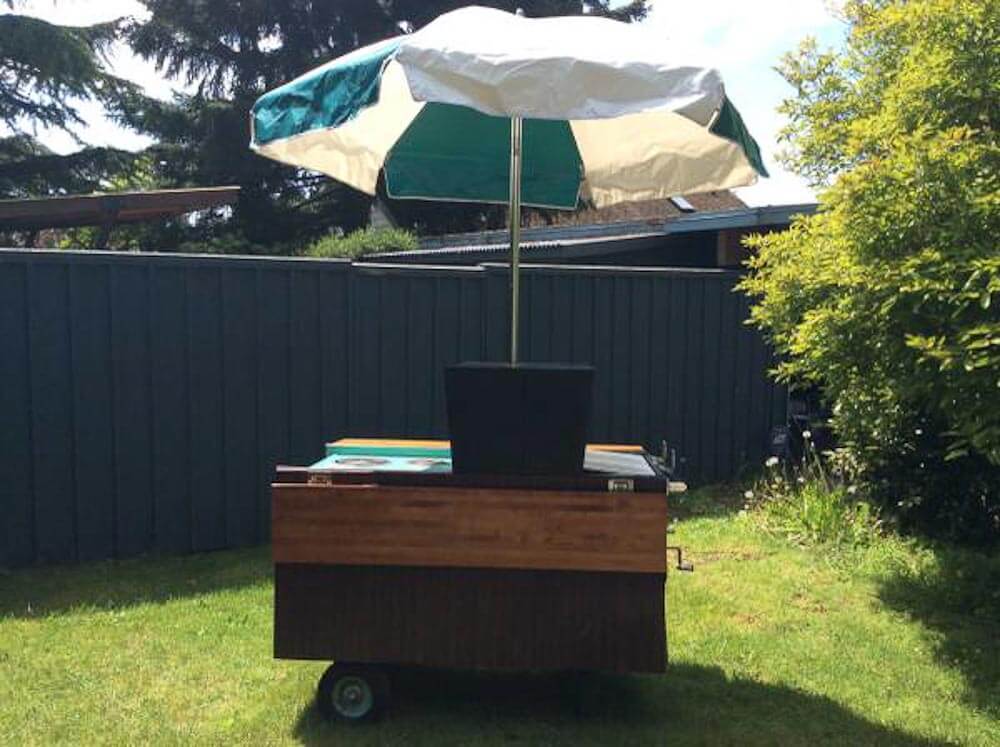 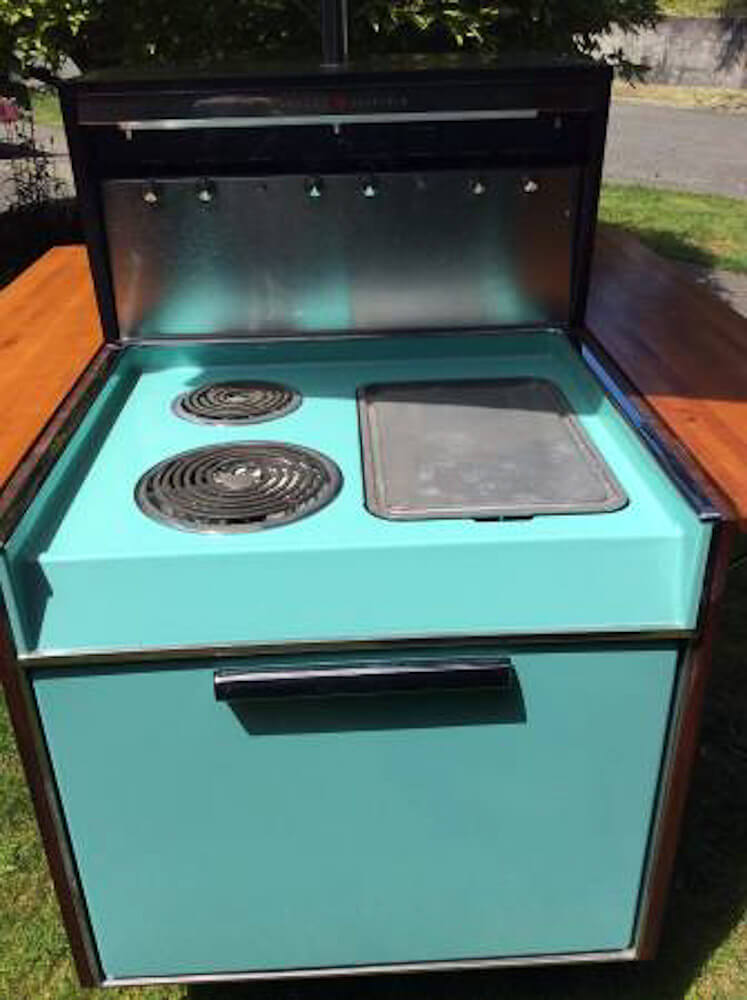 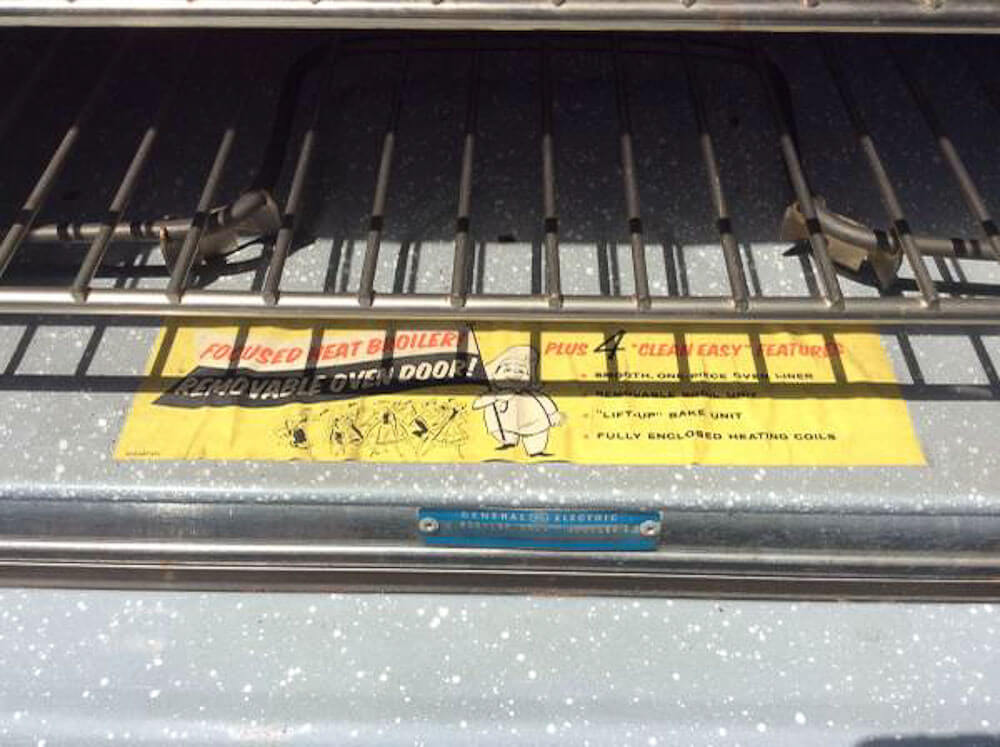 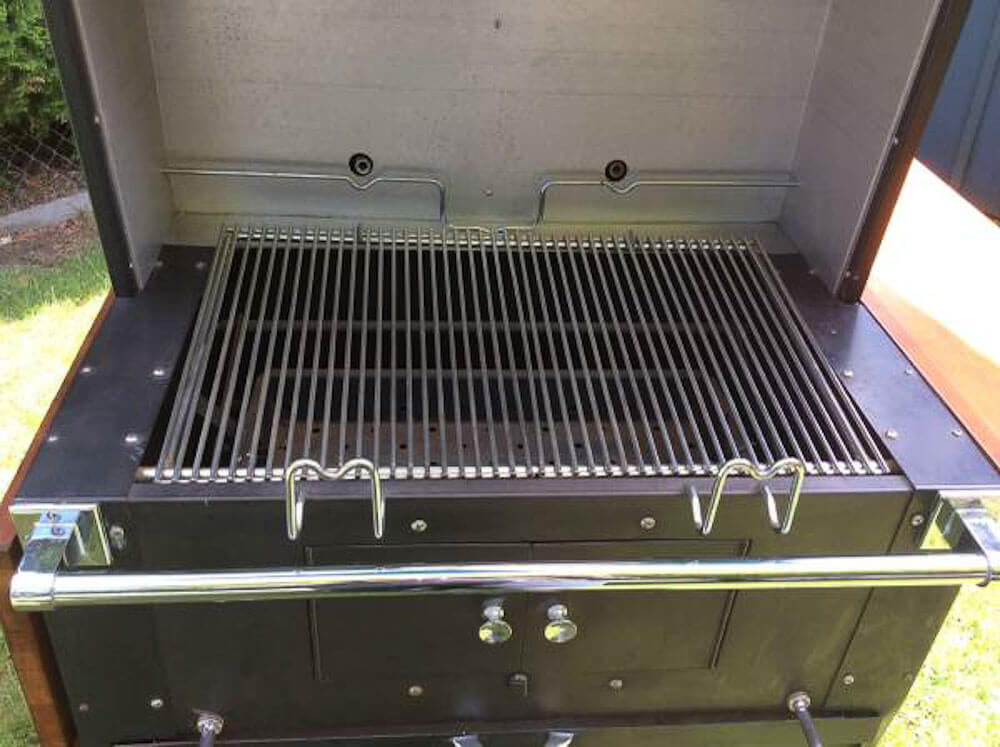 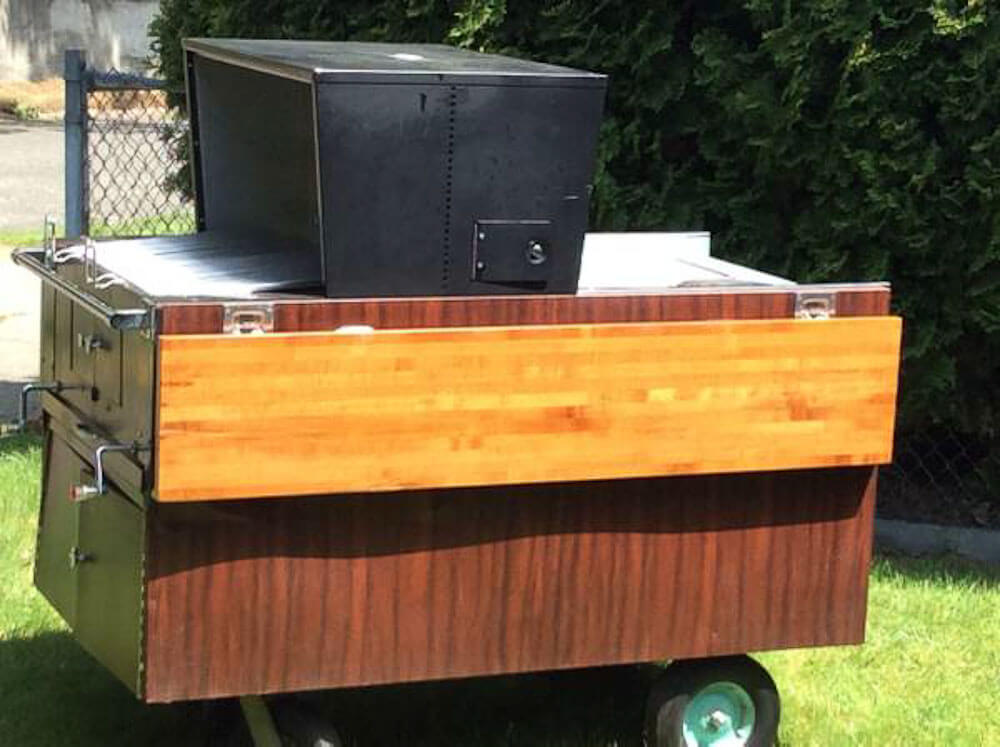 Tammy posted the ad for her Partio on our (former) buy/sell Forum, saying:

Hello, Everyone! I must get my new ’56 Chevy parked in the garage, so alas, I must bid adieu to the Partio Cart. Let me know if you’re interested! Tammy

Designed by General Electric in the early 1960s, the Partio Cart sold for almost $800. It is an electric range and oven on one side and a barbecue on the other. Just imagine the little woman on the oven side and the man of the house on the other. The Partio Cart originally came with an umbrella and a cover, both of which did not come with this model when I purchased it. I had a cover made from water resistant turquoise Sunbrella fabric, and purchased a vinyl umbrella from patiodaddiocom.

The cart comes equipped with two wood shelves which drop down when not in use or which can be removed entirely. I had the wood professionally re-stained as it had grayed over time. The wood is now a warm golden color.This Partio Cart has never been used! There is no charcoal residue on the barbecue side. There is an original sticker on the oven side.This Partio Cart is over 50 years old, so it is not in perfect condition. There is a blemish on the metal side which is meant to look like woodgrain. The metal cabinet has been bent in one small area, making it more difficult to close one of the doors on the bottom. There is a light rust on the barbecue side. One piece of turquoise enamel on the oven side is missing near the griddle, but it is hardly noticeable. The rotisserie rods are missing but I do have the prongs. The wheels’ rubber is in excellent shape, although the turquoise on the wheels could use a fresh coat of paint.Because the oven uses 220 volt power, I have never plugged it in. However, it comes with the original 12 foot cord, and there is no reason to believe that it does not work as it was never used. Please understand that you buy at your own risk.Dwight Eisenhower’s Partio Cart from his Palm Springs estate sold for over $20,000. There is a Partio Cart on display in the Ford Museum in Michigan. Depending upon condition, the carts sell anywhere between $2000 and $8000 usually.If you have additional questions please Google Partio Cart. There are excellent articles about the cart on retro renovation.com….

My photo for the Partio Cart from General Electric’s 1960 Annual Report: 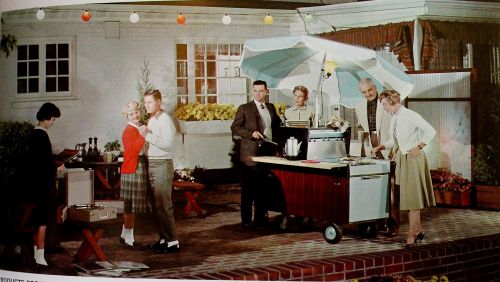 The caption for the photo says: