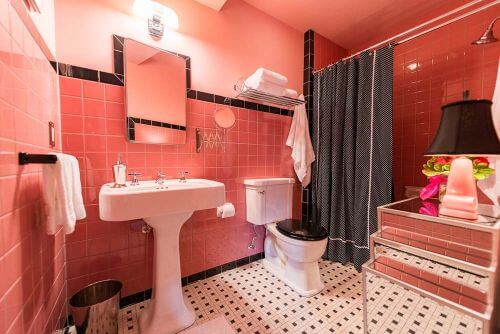 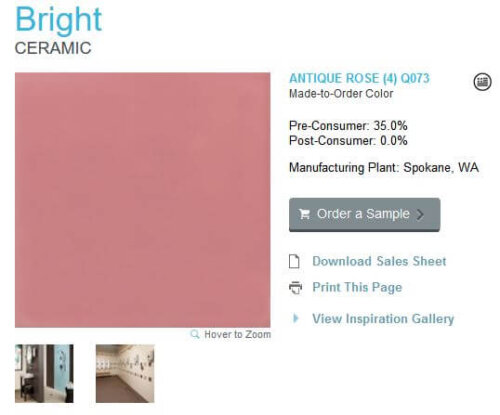 The two major manufacturers of ceramic tile in the U.S. are Dal-Tile and American Olean owned by the same company. They both have lines of 4×4 ceramic tile that should be relatively easy to buy at relatively affordable prices. Their colors are usually what’s trendy in the larger market, and their choices can shift every year. I try to keep an eye on, but missed the fact that there looks to be a lovely pink now in American Olean’s lineup: It’s Antique Rose, and I learned about it when featuring the two all-new deco-style bathrooms created by Laureen Skrivan for her amazing Wren & Willow house remodel.

Looking at Antique Rose on my computer model, it looks way stronger / darker than it seems to look in the photos taken by Aleks Akinshev of the Wren & Willow team. 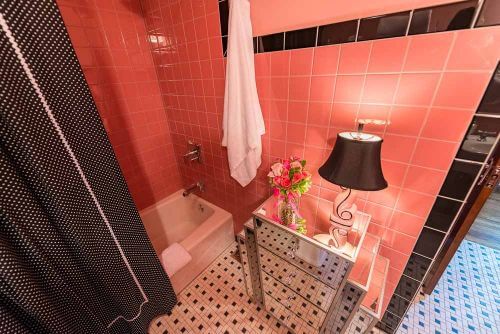 It could be that, with good lighting, the tiles ‘lighten up’ visually in the space.

In any case: This bathroom is out-of-this-world gorgeous.

The real test — and always a must: Order your own samples. 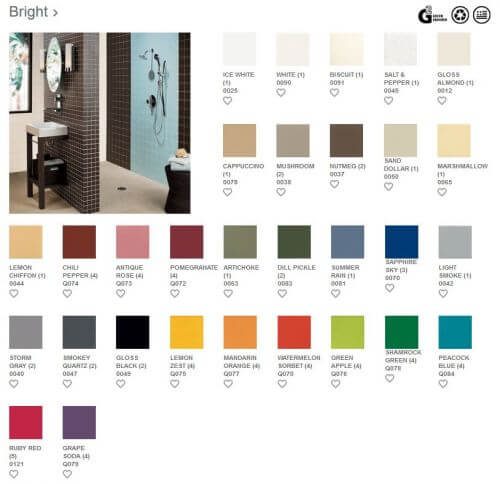 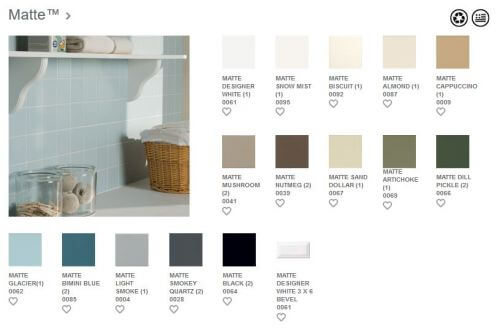 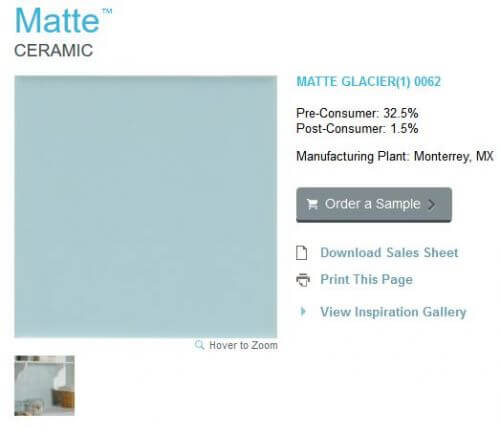 The matte Glacier also is quite nice for a retro bathroom — I have a Heron Blue bathroom pretty much just this color.