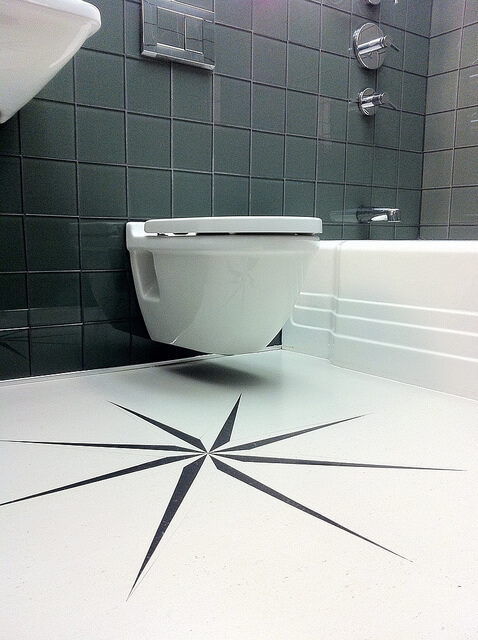 It has been great fun to watch the continuing transformation of Steven and Michael’s 1957 Alcoa Aluminum House. So far, I have done four other stories on their home:

Now, the latest installment: Steven and Michael update the second bathroom in their house… the mid-century-meets-modern design includes a unique inlaid linoleum floor design and 6″ grey glass tiles on the wall. 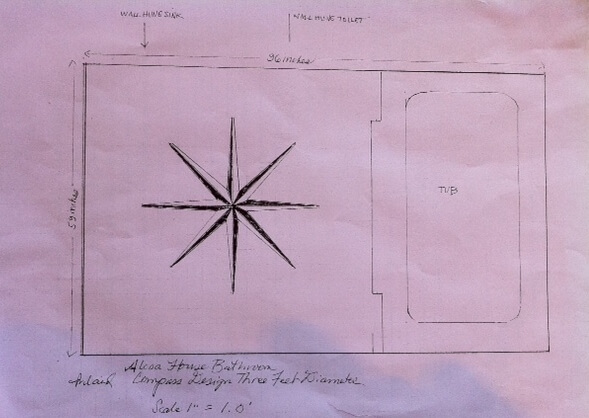 The inlaid floor is a “compass design”, which Steven said a friend helped with. 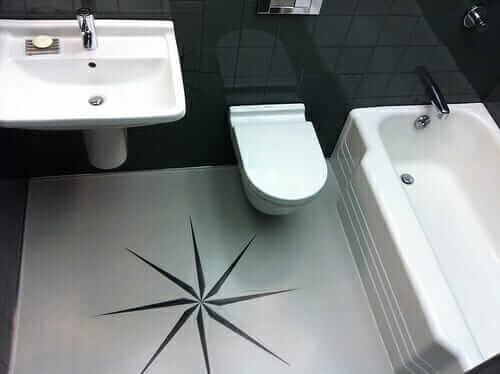 Steven details the other components in the bathroom:

The fixtures are similar to the ones that we used in the other bathroom remodel. Duravit sink and toilet, Kohler hardware in the bathtub/shower with thermostatic temperature control, restoration hardware lights on either side of the custom built(by us, haha) medicine cabinet. We decided to keep the existing tub because it was in very good shape and we liked the style of it very much. 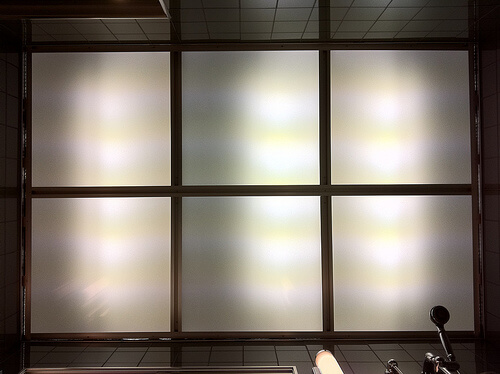 The ceiling light grid is original and is the same as in the other bathroom. The walls are gray glass tile and the floor is linoleum with an inlay linoleum starburst. I have to say that is my favorite part of the renovation, I just never envisioned that it would turn out like it did. 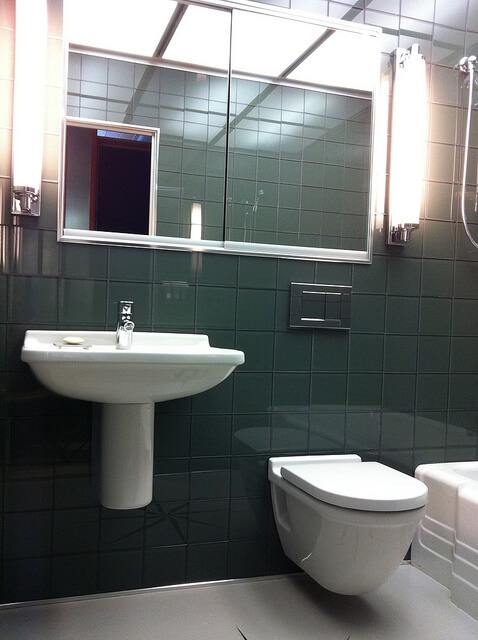 Check out all the photos of Steven and Michael’s house on Steven’s flickr site here.